A two-day bus strike due to cause disruption to hundreds of thousands of commuters nationwide has began, following the breakdown of talks at the Labour Relations Commission.

The row is over plans to put 10% of public bus routes out to private tender.

Minister for Transport Paschal Donohoe described the breakdown in talks as extremely disappointing, saying the move will  be met with disappointment and frustration by many.

Bus Éireann and Dublin Bus last night confirmed they will take legal action to recoup the costs of the two-day bus strike set to commence at midnight.

Bus Éireann said it was "bitterly disappointed at the decision by unions to proceed with strike action this Friday and Saturday, despite every endeavour to resolve this dispute at the LRC".

It added: "This decision now seriously impacts the daily lives of our customers, the financial security of the business and the wider economy.  It will result in the loss of an estimated 250,000 passenger journeys and €1.5 million in revenue.

"The walkout from the LRC by SIPTU and the NBRU is completely unwarranted and disproportionate, given the commitments that were made to them by both the company and the transport minister.”

SIPTU Construction and Utilities Division Organiser Owen Reidy said: "It is regrettable that these discussions have ended without any progress." 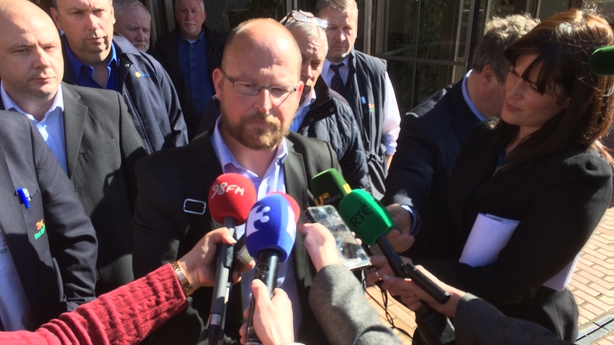 He added: "After months of talks the bus companies have refused to meaningfully engage with SIPTU members on their six-point agenda which outlines their concerns over the proposed privatisation plans."

Unions have voiced fears that the tender legislation would force the National Transport Authority to put the remaining 90% of routes out to tender by 2019.

The department says its legal advice is that the legislation does not have that effect, and that the issue could be elaborated at the LRC.

It reiterates Mr Donohoe's commitment that no employee would be forced to move to a private operator if the State bus companies lose their existing routes.

The department document states that this is not an industrial relations matter between the two unions and the companies - and is thus not a valid basis for industrial action.

However, it states that the NTA has already indicated that it will develop a "Statement of Contractor Employment Standards" (SCES) for contractors on relevant public transport service contracts.

It says this would include performance deductions where breaches of that SCES are verified and not rectified - and that the ultimate sanction for continual breaches would be termination of the contract.

Unions have also sought a commitment that labour costs must not be a factor for consideration in the contract tendering process.

The department says that this is not an industrial relations matter, but is not a provision used in the tendering process. 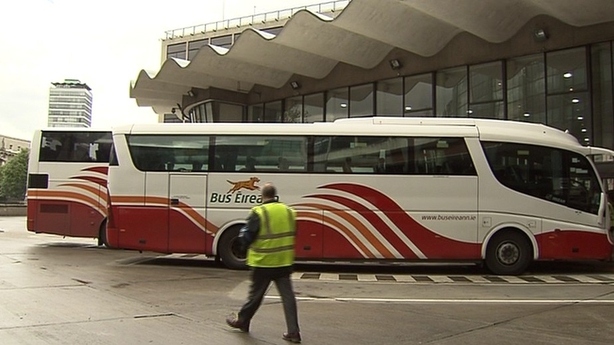 Unions are also concerned that legacy costs of up to €40 million would arise if the companies were to retain workers whose routes were lost to private operators - and that that in turn would weaken the companies' position in the next round of tenders.

The department document says Bus Éireann and Dublin Bus have already given commitments that legacy costs will not be significant because of the growth forecast for the bus market.

On the unions' demand for a Registered Employment Agreement to set legally binding wage floors for the sector, the department states that the Government is already drafting legislation to restore REAS.

However, it says it would be a matter for parties in the bus market to decide if they wanted to enter talks on an REA.

The department document states that unions can campaign against government policies, but it is not legitimate to strike for that purpose where there is no issue regarding terms and conditions of their members.

It warns that the damage the strikes would cause to the companies would jeopardise the recovery they have made from their recent financial difficulties, and urges the unions to abandon the industrial action.

Bus lanes to remain in operation 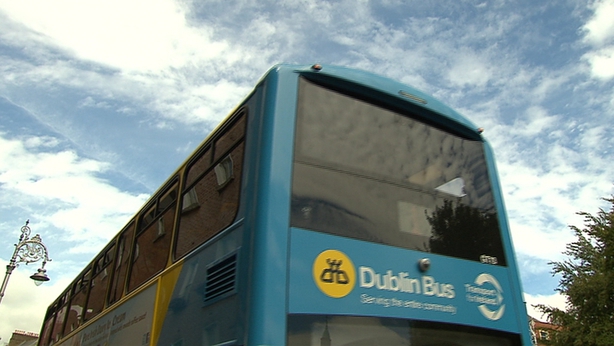 Gardaí and Dublin City Council have said that bus lanes will operate as normal during the planned strike action.

A garda spokesperson said: "It is important to note that bus lanes facilitate taxis, cyclist, private bus companies and the emergency services.

"Gardaí are advising motorists to allow extra time when planning their journey during the planned bus strike."

The spokesperson said gardaí and local authorities would monitor the situation but at present there is no plan to open the bus lanes to other motorists. 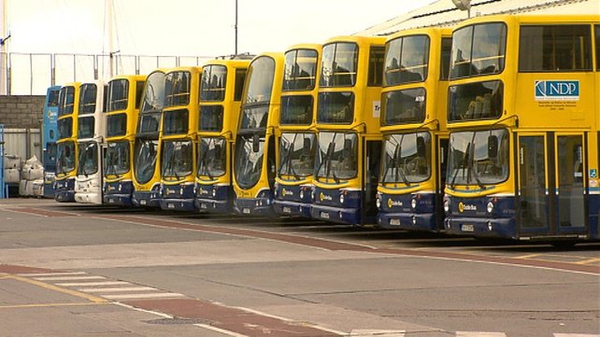