The former head of the Department of Finance John Moran has defended civil servants who questioned the sale of Siteserv by IBRC.

In a statement, Mr Moran said he finds it regrettable that personal attacks are being made on civil servants who asked the right questions.

In a statement to RTÉ News, Mr Moran said he finds it "regrettable and a step back to pre-crisis mindsets among bank management that what seems to have been happening today are personal attacks on civil servants asking the right questions, who were representing after-all the new shareholders of those banks - the taxpayers."

He continued, that it might have been better to use the time available to deal with the substance of the issues raised by both the department and other public representatives.

Mr Moran said he would be happy to answer any other important issues after reading transcripts of all that was said about him and former colleagues in the department.

He also said that he has been in Luxembourg and Riga all week helping to move forward the €315bn Junker plan for Europe.

"As a result, I do not think it appropriate for me to rush to comment on things said today in my absence, which might be out of context, until I have had an opportunity to read a transcript of all that was said about me and former colleagues in the Department", he said.

Mr Moran issued his statement after remarks that were made yesterday about him by Mr Dukes.

This latest exchange follows a week in which the sale of Siteserv has been at the centre of a political storm inside and outside the Dáil.

In March 2012, Siteserv was bought for €45m by Millington, a company controlled by businessman Denis O'Brien, after over €105m of its debts to Anglo Irish Bank were written off.

IBRC chief Alan Dukes traced the deterioration of his relationship with the Department of Finance to a request by the then-head of the department John Moran to join the board of IBRC.

Mr Dukes said he felt it would not be appropriate for Mr Moran to join the board.

It comes as former chairman of the Irish Bank Resolution Corporation Alan Dukes said the mindset of the Department of Finance has been one of hostility towards the bank since its inception. 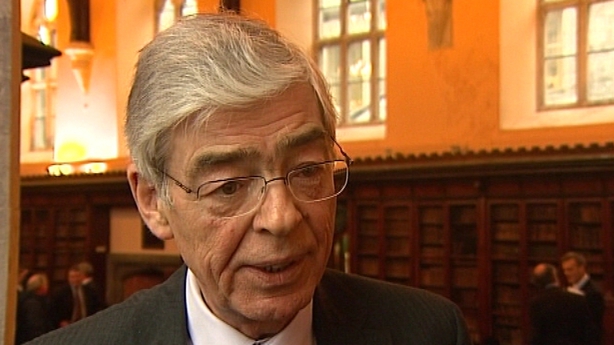 Speaking on RTÉ's The Business, Mr Dukes said when Anglo Irish Bank was nationalised and became the IBRC some people in the Department of Finance retained the view that the new administration put in place was the enemy.

He said the Department of Finance never appeared to be able to draw the line between where it had a role to play in the running of the bank and where it did not.

Department should have raised concerns during deal process

Sometimes queries from the department were not very clear but he did not believe there was ever a time when the department did not get specific information on a question it had posed, he said.

Mr Dukes said problems arose when the department attempted to be prescriptive about the manner in which the IBRC conducted its affairs.

He said the Department of Finance should have raised concerns about the sale of Siteserv during the deal process.

Mr Dukes defended the sale of the construction company and other IBRC dealings after Minister for finance Michael Noonan announced on Thursday a review of Siteserv and additional transactions by the bank.

Mr Noonan added that the review would look at whether any of those transactions involved malpractice or criminality.

Today Mr Dukes said a robust process was put in place during the sale of Siteserv.

He said an independent person was appointed to supervise, on behalf of the State interest, while there was a monthly review of the sale's progress with the Department of Finance.

Mr Dukes said if the department had questions about the bank, they should have raised them at the time.

However, he said he had no information to suggest that department expressed any concerns.

"The Department of Finance is perfectly entitled to, and I would argue with that, to raise issues at the time about any of the deals we were doing.

"But, they would have to raise them while the deals are in process. There's not much point coming back afterwards and trying to have second thoughts and second guess", he said.

He also reiterated that he is "furious" at suggestions there could be "criminality" in any transactions by the Irish Bank Resolution Corporation.

Last night, Minister for Finance Michael Noonan announced a review of the sale of Siteserv and other transactions by the IBRC, formerly Anglo Irish Bank.

Meanwhile, Fianna Fáil leader Micheál Martin has said it was with amazement that he learned today that KPMG was involved in the Siteserv deal and another division of KPMG has been asked to review the transaction, along with other deals.

He said the perception of the conflict of interest was all wrong.

He said the investigation was not independent and he again called for a commission of investigation, adding that he believes the terms of reference are too narrow.

Mr Martin said the former chairman of IBRC Alan Dukes was "overly arrogant" in terms of his dismissive attitude of public servants in the Department of Finance in terms of him describing their knowledge of the banking system.

He said "a bit of humility all round would not go astray".

He again said it was not clear on what basis Minister for Finance Michael Noonan viewed it as the best deal. 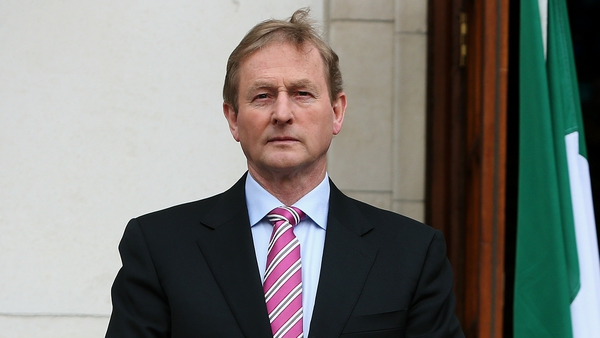 Special liquidator's review will be brought before Cabinet - Kenny News