Soul singer Percy Sledge, best known for his recording of When a Man Loves a Woman, has died at the age of 73.

His agent said he died at home in Louisiana after suffering from cancer.

The 1966 song was his first single and is considered one of the greatest soul songs.

It reached number two in the charts in 1987 when it was re-released after it featured in an advert for jeans.

The incident came hours after HMS Argyll was deployed to monitor a destroyer and two other ships from the country as they passed through the English Channel.

RAF Typhoons were sent from Lossiemouth in Scotland. A Ministry of Defence spokesman said: "The Russian planes are being escorted by the RAF in the UK area of interest."

It is the latest in a series of similar incidents involving Russian aircraft in foreign airspace in recent months.

The Health and Safety Authority is conducting an investigation into the death of an employee of Limerick City and County Council at a machinery depot in Newcastle West earlier today.

This evening, the council issued a statement: “Limerick City and County Council can confirm that one of its employees sadly died in Newcastle West earlier today, Tuesday, April 14th 2015.

“The Health and Safety Authority (HSA) is conducting an investigation into the fatality. The Council extends its sincere sympathies to the family of the deceased who was a valued employee and colleague.”

Work on Kilkenny CAS to continue after court settlement

Work is to continue on the Kilkenny Central Access Scheme, after the settlement of High Court proceedings today.

Kilkenny County Council welcomed the settlement's confirmation that both the Kilkenny Central Access Scheme Bridge and the Ossory Pedestrian Bridge are properly authorised developments and compliant with planning consents.

In a statement, the council said that the settlement negates the need for a lengthy and costly High Court hearing.

In consideration of this saving, the council is to make a contribution towards the legal costs of the plaintiff. 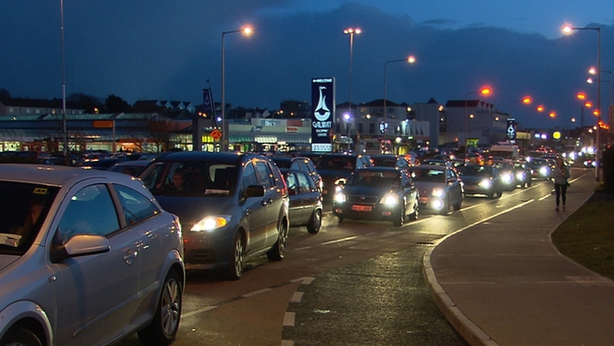 Local authority officials in Galway say they will identify a preferred route to ease traffic congestion in the city by the end of the month.

A process to select one of six possible options is continuing despite widespread opposition to the plans.

Local groups opposed to the potential routes say they would cause significant disruption to business and could lead to the demolition of up to 120 homes in the city.

A delegation of elected representatives and council officials travelled to Brussels yesterday after suggestions that an outer by-pass route - which was blocked by An Bord Pleanála and the European Courts - should be revisited.

Habitats along the route in question are protected under EU legislation.

Paschal Donohoe said talks between his department and IAG had are ongoing, and that he has been updating Cabinet regularly about the discussions.

However, he did not indicate if the Government are close to an agreement about the future of the airline

The UN Security Council is due to vote on a resolution to blacklist the son of Yemen's former president and a Houthi leader and effectively impose an arms embargo on the rebels who rule most of the country, diplomats said.

It is unclear how Russia would vote on the draft by council member Jordan and Gulf Arab states.

Russia had unsuccessfully suggested during negotiations that the text call for an immediate ceasefire and that an arms embargo include President Abd-Rabbu Mansour Hadi's government, diplomats said.

Two Islamic parties have proposed legislation that would ban all consumption of alcoholic drinks and bring jail terms of up to two years for offenders in Indonesia, home to the world's largest Muslim population, the Jakarta Post reports.

It is not clear how much support there is for the bill that has been placed in parliament by the two parties, though past proposals to curb alcohol consumption have been seen as political posturing to appeal to Muslim voters.

"Under the bill, consuming alcoholic beverages could land a person in jail as it will be treated similarly to drug trafficking," the paper quoted a member of one of the two parties as saying.

The Minister for Transport says he will take whatever measures are necessary to maintain the pensions and other terms of conditions of Dublin Bus and Bus Éireann drivers who may have to transfer to other companies under plans to put 10% of the routes out to tender.

Paschal Donohoe said he would introduce legislative measures if necessary to protect the pensions, but he said he believes only a small number of drivers will be affected because of the growth in the bus market.

Mr Donohoe also said he was open to any kind of discussion to avert the planned day of action.

He said the Government remained committed to the tendering process and that it was required in order to give the best return to taxpayers.

Six Ukrainian servicemen were killed and 12 were wounded in the east of the country in the past 24 hours, Kiev's military spokesman Andriy Lysenko said.

Ukraine's military and pro-Russian rebels have accused each other of intensifying attacks over the past few days, putting further strain on a two-month-old ceasefire deal.

The most active exchange of fire on Monday was around villages near rebel-held Donetsk, Mr Lysenko said. He gave no details on the circumstances of the deaths of the six soldiers -the heaviest losses for government forces in more than a month.

The United Nations has warned Kenyan authorities that closing the world's biggest refugee camp complex would have "extreme humanitarian and practical consequences" and would violate international law.

On Sunday, the Kenyan government said it had asked the UN refugee agency to repatriate hundreds of thousands of Somali refugees from the sprawling Dadaab refugee camp by July.

The move comes in the wake of the Garissa University massacre claimed by Shebab insurgents from Somalia.

Dadaab houses 350,000 refugees and is considered the world's biggest camp.