Gardaí have appealed for information on the movements of a car involved in yesterday evening's fatal hit-and-run incident in the Phoenix Park in Dublin.

A toddler who was seriously injured in the incident died in Temple Street Children's University Hospital overnight.

The crash happened on the North Road in the Phoenix Park at 6.25pm yesterday.

Gardaí are particularly interested in hearing from anyone who may have seen the car involved, an 02-D green Toyota Corolla, driving erratically near the visitors' centre or in the general Phoenix Park area yesterday afternoon prior to the collision.

The little girl, who was one month short of her second birthday, was struck by a car that failed to stop at the scene. 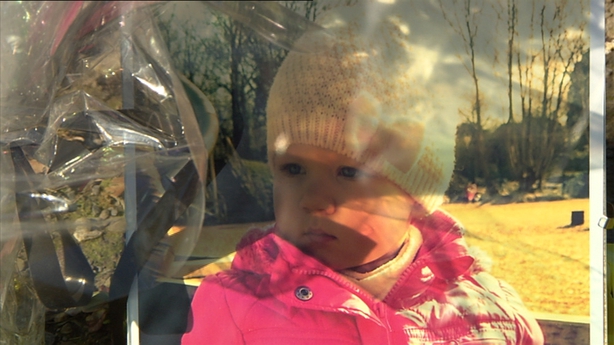 A 24-year-old man was arrested a short time later in relation to the incident and is being detained at Blanchardstown Garda Station.

Anyone who can assist with the investigation is asked to contact Cabra Garda Station on 01-6667400, the Garda Confidential Telephone Line on 1800-666-111 or any garda station.

Separately, gardaí in Donegal are appealing for information about a fatal collision in Stranorlar on Sunday morning.

Kieran Doherty, a pedestrian in his 60s, was killed when he was struck by a car near McClay's Corner shortly before 3am.

Gardaí want to hear from people who may have seen Mr Doherty walking from Stranorlar to his home at Admiran Park between 2am and 2.50am.