A man, woman and a child are in a critical condition in hospital following a fire at a house in north Belfast.

The blaze broke out in the semi-detached property at Jamaica Street in the Ardoyne area around midnight last night.

The three were found unconscious in an upstairs bedroom in the house for a time.

All three were treated by paramedics before being taken to Belfast's Royal Victoria Hospital.

Twenty firefighters were involved in tackling the fire.

Substantial damage was caused to the semi-detached property.

William Johnston, of the Northern Ireland Fire and Rescue Service (NIFRS), said neighbours had tried in vain to help.

The station commander said: "The alarm had been raised by neighbours and there were quite a few people gathered around, assisting fire crews and alerting them that there were people inside.

"Some people had tried to gain access but were beaten back by the intensity of the smoke and heat."

Fire crews were called to the scene just before midnight. It is understood a taxi driver saw the flames and raised the alarm. 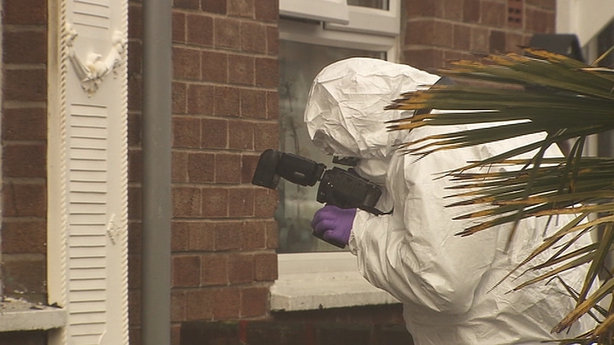