Pope Francis said he wants to be a servant of society's neediest as he presided at a Holy Thursday Mass where an altar-server was a man convicted of multiple homicides.

The Pontiff washed and kissed the feet of twelve men and women in a Roman prison housing many hardened criminals.

For the third consecutive year, Pope Francis did not hold the traditional service in a basilica, going instead to people on the margins of society and including women in the foot-washing ceremony.

His predecessors had only included men in the service, which commemorates Jesus' gesture of humility towards his Twelve Apostles on the night before he died.

Before Pope Francis, it had always been held in either the Vatican or the Roman Basilica of St John Lateran. However Pope Francis,continuing a tradition he started when he was archbishop of Buenos Aires, holds it in poorer Rome neighbourhoods with ordinary people.

He knelt before the six male and six female inmates, poured water over each prisoner's right foot, dried it with a cloth and kissed it. One of the inmates, an African woman with tears in her eyes, held her child on her lap and the pope washed the child's foot.

The Pope's decision to include women and sometimes non-Christians - a Muslim woman was in the group two years ago at a juvenile prison - has upset conservative Catholics.

In his homily in the chapel of Rebibbia prison on Rome's bleak outskirts, the Pope told the inmates that since slaves washed the feet of their masters in Biblical times, the event symbolised service to others and spiritual cleansing.

He told them that he too needed personal cleansing and wanted "to become more of a slave in the service of people".

One of the altar servers at the Mass was a man convicted of multiple homicides, according to the official television of Italy's Catholic bishops, SAT 2000.

The 12 inmates selected to represent the 2,100 prisoners were from Italy, Nigeria, Congo, Ecuador and Brazil.

The four-day period that started earlier today is the busiest in the liturgical calendar for the leader of the world's 1.2 billion Catholics. 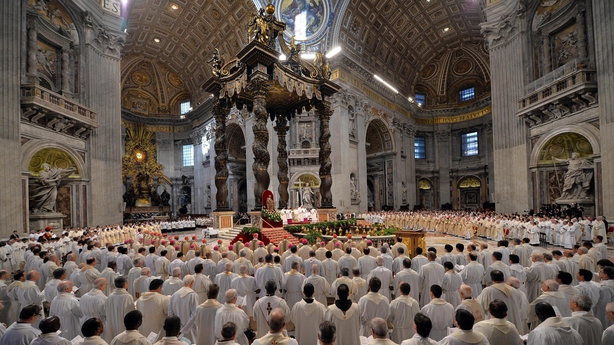 This morning, he celebrated a Mass in St Peter's Basilica to bless oils used in Church sacraments.

Tomorrow he is scheduled to preside at two Good Friday services, including a Via Crucis (Way of the Cross) procession around Rome's Colosseum.

After celebrating Easter Vigil and Easter Day Masses, he is scheduled to deliver his twice-yearly "Urbi et Orbi" (to the city and the world) message on Sunday.

Pope Francis will visit Colombia, the Vatican said today, as the Pontiff urged Colombians to work for peace as the country conducts talks with Marxist rebels to end 50 years of war.

The Pope will add Colombia to an upcoming tour of Latin America, the Vatican said in a letter to the country's Catholic leadership, without specifying a date.

"His Holiness invites you to be collaborators in the construction of peace," the letter said, adding that the 78-year-old Argentine pope expressed solidarity with the victims of the war, which has killed 220,000 people.

"We will receive (the Pope) with open arms and hearts as a messenger of peace and reconciliation," President Juan Manuel Santos said on Twitter. 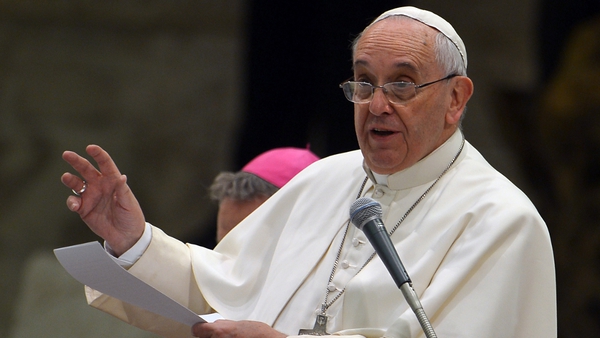 Pope Francis to become first pontiff to address US Congress