The Oireachtas Transport Committee will hear from representatives of Virgin Atlantic on Thursday.

The airline has expressed concern about the IAG bid for Aer Lingus and is also making a submission to the European Commission this week.

Virgin Atlantic says it wants the Commission to ensure that agreements allowing Aer Lingus passengers connect to its long haul flights out of the UK are maintained in any merger.

Earlier, IAG chief executive Willie Walsh said he is more interested in hearing from people in Ireland on the aviation group's bid for Aer Lingus than in interventions by billionaire Donald Trump and Virgin Atlantic.

Donald Trump, owner of the Doonbeg Golf resort in Clare, has said he does not think the sale of the Government's 25% stake in Aer Lingus to IAG would be "a good deal for Ireland".

Speaking at an event in Dublin organised by Merc Partners Willie Walsh said: "I'd be more interested in the interventions by people in Ireland who understand the issue."

Mr Walsh said he would be "delighted" to see Virgin Atlantic granted its request to appear before the Oireachtas Committee.

"It's not unusual for Virgin to see if they can get something out of a process so it didn't surprise me. But I think it would be very interesting for Virgin to appear before the Oireachtas Joint Committee on Transport and explain their interests in the Irish market given that they don't fly here.

"As far as I'm concerned or aware they've never shown any interest in flying to Ireland or in serving the Irish market," he said.

The IAG boss said he was not surprised to hear Donald Trump's comments either.

"He's got a little golf course down at Doonbeg which is very close to Shannon airport. I was looking at the flight paths in and out of Shannon because I think he's taking a legal challenge against an airport near one of his resorts in the US because the aircraft are flying over it," said.

"I've never played the golf course but I believe it's beautiful and maybe I'll get an opportunity to visit there some day".

Mr Walsh also responded to an Irish Times Ipsos/MRBI opinion poll yesterday which suggested 54% of Irish voters believe the Government should not sell the State's shareholding in Aer Lingus.

"Maybe people need to be reminded that the Government sold Aer Lingus a number of years ago. The Government retains a minority stake in the business of just over 25%," he said. 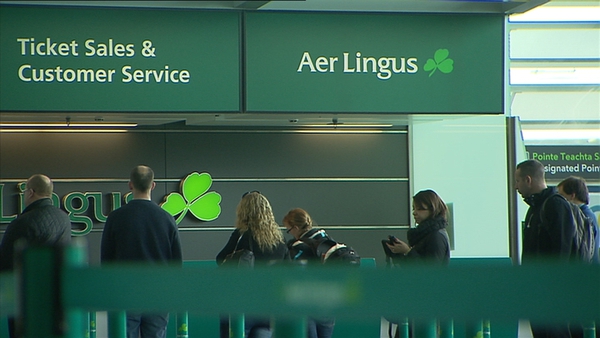