Aer Lingus Chief Executive Stephen Kavanagh has moved to allay union fears about the takeover of IAG regarding job losses, future terms and conditions, and outsourcing.

While conciliatory and reassuring in tone, the letter to SIPTU Divisional Organiser Owen Reidy makes clear that Aer Lingus is not conceding its ability to react to future competitive pressures as required.

However SIPTU sources have said that the assurances do not go far enough.

In his letter, Mr Kavanagh said that job losses that would arise if the IAG sale proceeds would be significantly outnumbered by the jobs that would be created within a short period of time.

He said the employment growth would arise in areas where the airline's preference is for direct employment, and pledged that where job losses arise, the company would maximise the number of voluntary redundancies and redeployments.

This has been a key demand of unions.

He said he was also prepared to see these agreements "clarified" as required to underpin the airline's preferences for direct employment and avoidance of compulsory redundancies.

He said it was the company's preference to use direct labour in "core" activities wherever this can be done efficiently and effectively, and to carry out any necessary restructuring in ways that avoid compulsory redundancies if possible.

However, he stressed that this must not remove the flexibility of its structures to respond to the market and cost challenges which the company might face.

The chief executive said that having clear REAs that safeguard the respective interests of the company and its staff would be mutually beneficial.

He said that their current agreement covers terms of employment for new hires - and he would be happy for such terms to be incorporated into any new future REA.

He added that they would also consider expanding the scope of those REAs to include staff groups not covered by the current agreement.

He also reaffirmed the airline's commitment to register the recent collective agreement regarding pension restructuring.

Mr Kavanagh concludes his letter to SIPTU by saying that the IAG proposal offers a significant growth opportunity - adding that Aer Lingus is prepared to develop their agreements (and reflect the principles and flexibilities) to enable the opportunity to be optimised to the benefit of Aer Lingus and its people, who SIPTU represent.

Meanwhile an Irish Times Ipsos MRBI poll found that 54% of those polled opposed a sale of Aer Lingus, 22% supported it, and 22% had no opinion. 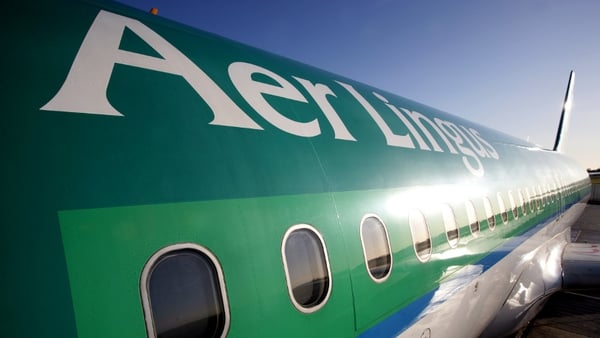