A murder investigation is under way after a man was shot dead in  Dublin this morning.

The victim was shot several times on Church Avenue in Drumcondra at around 11.30am.

A car was found burnt-out nearby.

The scene of the shooting was sealed off for a forensic examination this afternoon.

The victim's car was rammed before two gunmen fired several shots at him.

The windows of the Volkswagen Passat were smashed, the airbags inflated and the tyres burst with the driver's door open.

He was shot a number of times and died at the scene.

Gardaí are satisfied it was a targeted killing and have begun a murder inquiry. 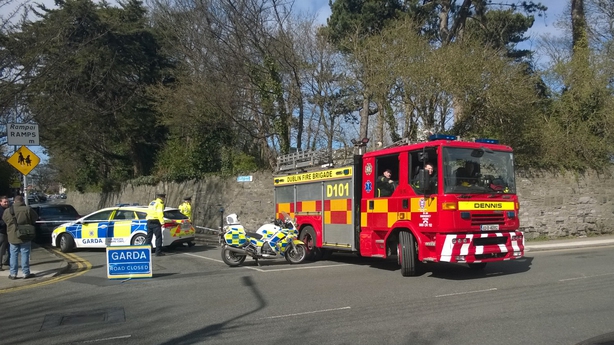 The victim is believed to be a man in his late 20s from south Dublin who is well known to gardaí for his links to organised crime.

Gardaí are now trying to establish a motive for the murder, the third gang-related killing this year.

They are following a number of lines of inquiry, including the possibility that the victim could have been targeted because he was believed to be a debt collector for a Spain-based international crime gang.

They are also investigating the possibility that it could be in retaliation for the murder of a Ballymun man a year-and-a-half ago.