Fine Gael TD Michelle Mulherin has paid back a further €1,295 for calls she made to a friend in Kenya.

This is in addition to the €2,000 she had already paid back.

The second repayment was made after an investigation found that a total of 130 calls, which altogether cost €3,295, were made to the African mobile phone.

This was discovered after Ms Mulherin looked for an investigation into how details of her calls had made their way into the public domain following a report by the RTÉ Investigations Unit.

In a letter to Ceann Comhairle Sean Barrett, Ms Mulherin had said that her public identification had been "in contravention of the constitutional protection which exists for members' communications, phones and papers".

She wrote: "To my amazement I am identified and so is a third party private individual based on information furnished by the Houses of the Oireachtas Service."

The investigation report, a copy of which has been released under Freedom of Information legislation, found that the Oireachtas did not release any material that might have identified Ms Mulherin.

However, in investigating her complaint, the Oireachtas discovered that the cost of calls was more than the almost €2,000 that had originally appeared in logs of the 100 most expensive calls from 2012 and from 2013.

They discovered that further telephone calls had been made to the Kenyan number, bringing to 130 the total recorded on their telephony system.

Ms Mulherin subsequently decided she would re-pay the cost of the additional calls though no records were released by the Oireachtas relating to that decision.

Ms Mulherin said in a statement to RTÉ: "I have received clarification from the Ceann Comhairle ... [that] there is provision for me as there is for other members to make calls from Leinster House without charge.

"The calls were work-related but to avoid any perception that I benefitted personally and to put an end to the distraction and disruption to my work as a TD, I arranged to refund the full amount of calls as soon as it was confirmed to me last week." 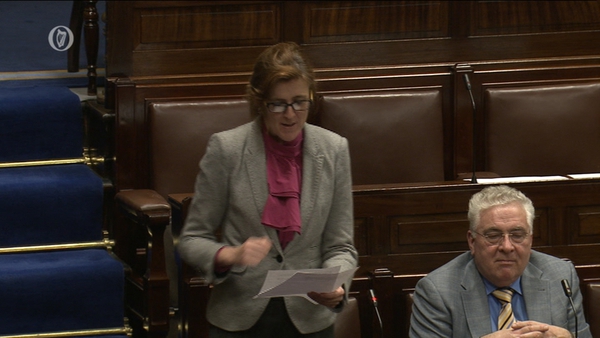