Minister for Health Leo Varadkar has said he is in favour of loosening restrictions on the 30-year ban preventing gay men from donating blood.

Mr Varadkar told RTÉ News he was in favour of introducing a system where a gay man could give blood if they had not engaged in certain sexual activity within a year of them donating.

The ban was introduced in the mid-1980s at a time when fear about AIDS was at it height.

The ban means that a man who has had sex with another male is not allowed to donate blood.

There have been sustained calls for the rules be relaxed.

Earlier this month a policy review from the Irish Blood Transfusion Service outlined three options open to the Department of Health on the issue - remove the ban; leave it in place; or introduce a deferral period where gay men could give blood after a fixed period of time.

Mr Varadkar has said he is in favour of a one year deferral period.

This would mean a gay man who has not engaged in certain sexual activity for 12 months would be allowed to give blood.

In a statement to RTÉ news, the minister said the move would bring us into line with many other English-speaking countries
and that he would now seek advice from the Chief Medical Officer on the matter.

The minister also said he wanted to hear from patients before making a final decision on the matter, which is due in the coming months. 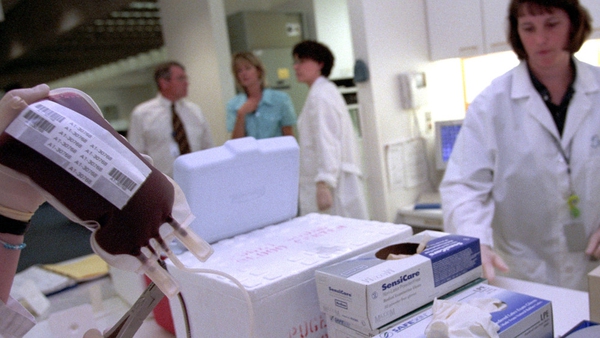