The French satirical magazine where today's shooting took place has a history of causing controversy with cartoons of Islam's Prophet Muhammad.

Charlie Hebdo is a weekly political and social French newspaper with no adverts and its content is not influenced by external shareholders.

Its offices were firebombed three years ago after it published a special edition titled Charia Hebdo and "invited" the Prophet Muhammad as its guest editor.

No one was injured in the attack.

Speaking to the BBC after the attack in November 2011, the paper's editor-in-chief Stephane Charbonnier said the incident had only confirmed that it was right to take the stance that it did.

"If we can poke fun at everything in France, if we can talk about anything in France apart from Islam or the consequences of Islamism, that is annoying."

Mr Charbonnier, also known as Charb, said the attack was the act of "idiot extremists" and not representative of all Muslims who live in France.

In 2007, Charlie Hebdo reprinted 12 controversial cartoons of the Prophet Muhammad that were first shown in a Danish newspaper, Jyllands-Posten, and caused outrage in the Muslim world.

The magazine was sued for incitement to racism by two Islamic groups in France, but was cleared by a Paris court.

Mr Charbonnier insisted that the publication of Muhammad caricatures was no provocation, but a signal that free speech was alive and well in the country.

He also said the paper would not stop criticising whatever it wanted.

On its Facebook page, the paper is described as a "weekly satirical, political and social, without ads and or external influences". 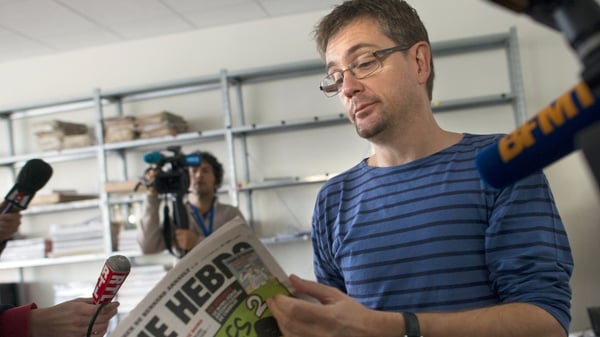