Fire engines are expected to remain overnight as fire fighters continue to extinguish a blaze at a disused factory in Carlow.

The fire began at around 4.30pm on Dr Cullen Road, near the GAA ground Dr Cullen Park.

Gardaí have confirmed to RTÉ News that the factory roof was constructed of asbestos cement sheeting, which has now collapsed into the flames.

Residents of Carlow town have been advised to remain indoors overnight amid fears of air contamination.

900 bales of straw were being stored in the building, all of which were set alight during the blaze. 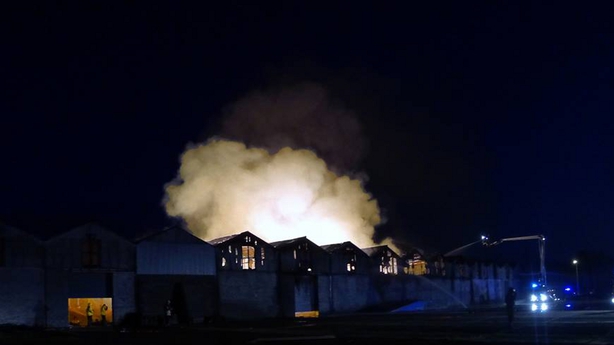 Speaking to RTÉ News, Chief Fire Officer for Carlow Gerard Guerin said the fire is contained in an 85m by 40m area, where the bales of straw were being stored.

At 9pm eight units of the fire brigade continued to tackle the blaze.

Gardaí have also confirmed that all their members on the ground as well as civil defence and fire fighters have been issued with face masks. 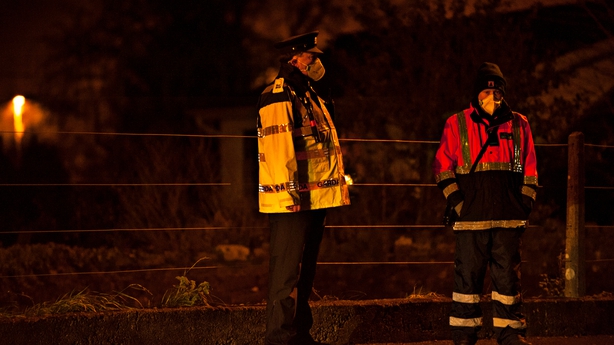 The request for residents to stay inside is being broadcast every ten minutes on local radio and from a loud hailer attached to a garda car which is circulating the areas surrounding the factory.

The Environmental Protection Agency, the Health and Safety Authority and the HSE have all been notified of the situation.

Carlow: N9 from Dr. Cullen roundabout to Athy Road roundabout is currently closed due to a fire in the locality. Diversions are in place.