The Vatican's top administrators have been strongly criticised by Pope Francis at their annual Christmas meeting.

The pontiff issued a stinging critique, telling the priests, bishops and cardinals who run the Curia (the central administration of the Roman Catholic Church) that careerism, scheming and greed had infected them with "spiritual Alzheimer's".

Francis, who is the first non-European pope in 1,300 years, has refused many of the trappings of office and made plain his determination to bring the Church's hierarchy closer to its 1.2bn members.

He has set out to reform the Italian-dominated Curia, whose power struggles and leaks were widely held responsible for Benedict XVI's decision last year to become the first pope in six centuries to resign.

He listed no fewer than 15 "sicknesses and temptations", from the "spiritual Alzheimer's" of those who had become enthralled by worldly goods and power to the "existential schizophrenia" of those who had succumbed to a joyless, hard-hearted mindset.

Francis said some in the Curia acted as if they were "immortal, immune or even indispensable", an apparent reference to retired cardinals who remain in the Vatican and continue to exert influence.

He told his audience that too many of them suffered from "rivalry and vainglory"; superiors favoured protégés and underlings fawned on bosses to further careers; others fed gossip or false information to the media.

Before the meeting concluded the pontiff urged the Vatican's administrators to be more joyful, saying how much good a "dose of humour" could do. 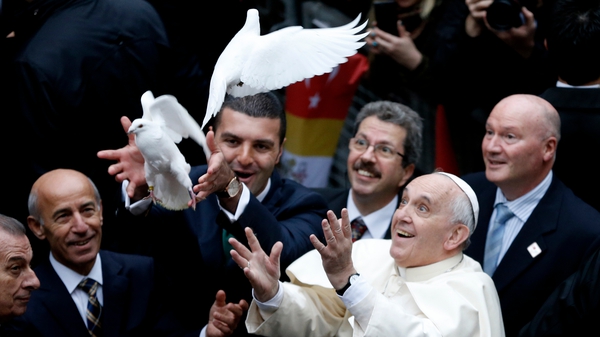