They discussed the political negotiations, chaired by Theresa Villiers and Charlie Flanagan, which adjourned late last night and are due to resume on Monday.

The five main parties at Stormont all agreed an approach to the running of the public finances, including welfare reform and they sent a paper to Mr Cameron, seeking a £2bn financial package of loans and grants over the next ten years.

He is expected to give his response early next week but it is thought there will be no offer of funding from the British government unless the parties agree compromises on all the issues under negotiation, including how to deal with the legacy of the troubles.

In a statement this evening Mr Robinson said: "I welcome the fact that the prime minister is engaged in these financial issues this weekend and I look forward to further discussions on Monday."

Yesterday, the five political parties at Stormont made a breakthrough when they agreed positions on finance and welfare reform, according to Minister for Foreign Affairs Charlie Flanagan.

The talks in Belfast adjourned late last night and will resume on Monday.

Mr Flanagan said the five political parties at Stormont made a breakthrough yesterday when they agreed positions on finance and welfare reform.

He said he was confident that a deal would be struck early next week.

Northern Ireland's Deputy First Minister Martin McGuinness said there had yet to be agreement on issues of identity, parades and the legacy of the past. 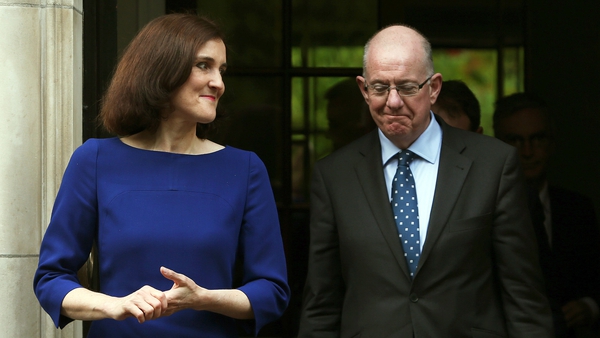