A woman in her 40s died following a single-vehicle crash in Lixnaw, Co Kerry.

The crash happened at around 9am on the Ballyduff to Tralee road at Ballincrossig Cross. 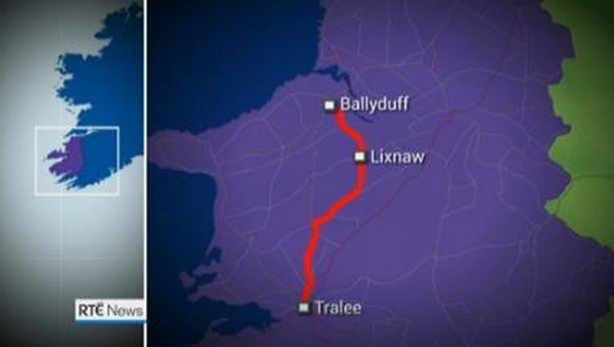 The woman driving the car was fatally injured.

She has been named locally as Catherine Dowling, a 50-year-old mother of three of Farranedmond, Ballyduff, Co Kerry.

One was later transferred to Cork University Hospital.

it is believed neither received life-threatening injuries.

The road at the scene of the crash is closed to facilitate an examination of the area by garda forensic collision investigators.

Meanwhile, a 24-year-old woman who was injured in a crash on Wednesday morning in Athlone has died.

She had been walking in Glasson Village when she was stuck by a car at around 8am on 10 December.

She suffered serious injuries and was taken to Tullamore General Hospital and later transferred to Beaumont Hospital where she died yesterday. A post-mortem examination is to be arranged.

Gardaí are appealing for witnesses to this collision to contact Athlone Garda Station on 090 - 6498550, the Garda Confidential Telephone Line 1800 666 111 or any Garda Station.