The Garda Commissioner has reassured the families of missing people that the force would never give up on finding answers for them.

Nóirín O'Sullivan was speaking at an event to mark the second annual National Missing Persons Day.

More than 100 families gathered at Farmleigh House in Dublin to remember their loved ones.

Minister for Justice Frances Fitzgerald, who was also at the commemoration, said she was very moved by the stories of loss, tragedy and simply not knowing.

She also said that every lead was followed in the case of every person who went missing.

Gardaí have a website with details of missing adults. Missing children are listed on a separate site. 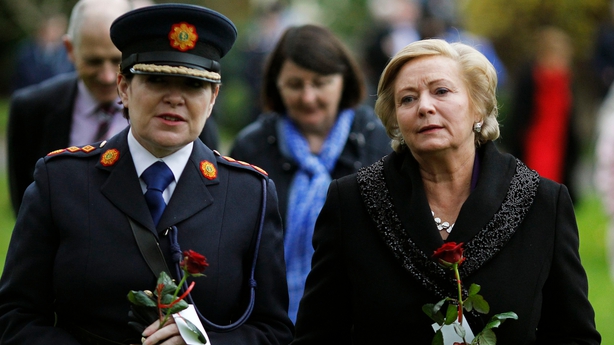 Ms Fitzgerald said few communities have been spared the sorrow and bewilderment that was felt when a person went missing and it was "very challenging to live with uncertainty" when this happened.

She said today's event was to commemorate those who had gone missing and to recognise the ongoing impact on their loved ones.

The minister paid tribute to the work of gardaí and organisations such as Missing in Ireland Support Services for their support of families where a loved one has gone missing.