An inquest has opened into the death of a 36-year-old woman at Sligo General Hospital.

Sally Rowlette, from Dromore West, died after giving birth to her fourth child in February 2013.

The inquest heard that she suffered a stroke after being admitted to hospital with dangerously high blood pressure levels.

Her husband, Sean Rowlette, said he owes it to his children to press for answers about why their mother died.

He described himself and Sally as childhood sweethearts.

They were married 12 years and had four children, aged between 22 months and nine years old.

He described Sally as a wonderful mother who gave up her job to look after the children.

The inquest, which is continuing, heard how Mrs Rowlette was a healthy woman who had a normal first pregnancy nine years ago.

Her second pregnancy was more complicated and the couple were told her severe pain was caused by kidney stones.

Giving evidence, Mr Rowlette said they were told his wife had high blood pressure and nothing else.

He said at no point were they advised not to have any more children in light of the risks involved.

Mrs Rowlette's third pregnancy was normal but she had dangerously high blood pressure prior to the delivery of her fourth child in February 2013.

She was refused an epidural because she was already five centimetres dilated.

Her husband recalled a heated exchange between doctors on the correct dose of pain relief to give to his wife.

Counsel for Sligo General Hospital Conor Halpin took issue with this version of events and said Dr Koura would be giving evidence explaining this was an emergency situation and doctors were working under pressure.

The inquest heard a short time later that the baby's heartbeat was dangerously low and it was decided to perform an emergency caesarean section.

Mr Rowlette said he helped nurses push his wife's bed to theatre on the eighth floor because no porter could be found to assist with the transfer.

The baby girl was born normally before a C-section could be carried out and Mrs Rowlette was taken to ICU for monitoring as her blood pressure was still not under control.

Her husband said she became visibly weaker and confused and that when he voiced his concerns to Dr Heather Langan, consultant obstetrician, she replied: "What do you expect? She's just had a baby."

He said he was treated dismissively and told to go home. Instead Mr Rowlette remained at the hospital and crept into ICU where he saw a group of doctors at his wife's bed.

He was told by Dr Langan that they were working on her blood pressure and to wait outside.

Later, Dr Langan told him that his wife had suffered a stroke and to contact family members.

A transfer to Beaumont Hospital in Dublin was mentioned and Mr Rowlette said he voiced his concerns to Dr Seamus Crowley, an anaesthetist, who was sitting at his desk in ICU.

He said Dr Crowley was dismissive and rude and told him to go away and let him do his job. Again, this version of events was disputed by counsel for the hospital and the consultant will be giving evidence later this week.

Later, he said Dr Crowley told family members that Mrs Rowlette was seriously ill but a transfer was still on the cards.

Mr Rowlette said he was told later that his wife had been diagnosed with HELLP Syndrome. He said he had never heard of it before.

The inquest heard how the obstetrician who had been treating Mrs Rowlette was not on duty the night she died, but spoke to Mr Rowlette in private and appeared upset.

Dr Murshid Ismail said he had disagreed with the other doctors on the diagnosis of HELLP Syndrome.

Dr Ismail resigned his position at the hospital weeks after Mrs Rowlette's death and has since left the country.

Mr Rowlette said it has been very hard on the family since Sally's death.

He said he struggles to fill her shoes, taking care of the children, learning to cook. When the children ask about Sally, it is all to answer without breaking down.

The children have her picture beside their beds and the baby is called Sally after her mother, the inquest heard. 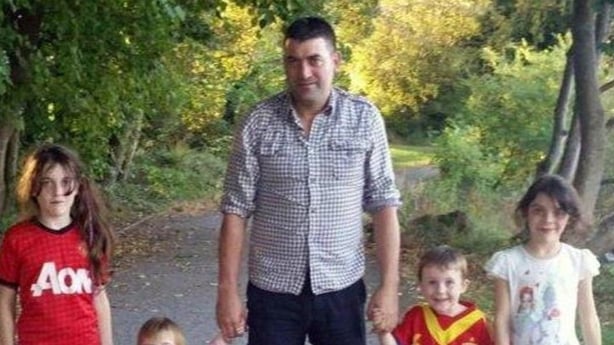 Mr Rowlette said he had donated his wife's organs because that is what she would have wanted, and he wanted something good to come out of what he described as a horrific nightmare.

Senior Counsel for the hospital said all of the consultants being criticised at today's inquest are vigorously disputing allegations of being rude and dismissive.

Mr Halpin said they will be appearing as witnesses at the inquest later on.