Health campaigners have welcomed India's plans to raise the age for tobacco purchases to 25 and ban unpackaged cigarettes.

The plans have been welcomed as a major step towards stopping nearly one million tobacco-related deaths a year.

Health Minister JP Nadda told parliament that he was drawing up legislation to raise the minimum legal age for buying tobacco products, currently 18, and to force vendors only to sell full packets of cigarettes.

The plans, proposed by an expert panel, will need final approval by Prime Minister Narendra Modi's cabinet and parliament to become law.

"This is a very welcome move by the government," Binoy Mathew, spokesman for the non-profit Voluntary Health Association of India, told AFP.

"It's going to act as a huge deterrent especially for students and youngsters."

Around 900,000 Indians die of tobacco-related illnesses in India each year, the second-highest number after China.

Experts predict that could rise to 1.5 million by the end of the decade.

An estimated 70% of cigarettes sold in India are unpackaged, equating to more than 100 billion cigarettes in 2012, according to market researcher Euromonitor.

Campaigners say the tradition of selling single cigarettes at street stalls has pushed up smoking rates, particularly among teenagers and the poor who cannot afford a full packet.

"These people were easily buying single sticks for ten to 15 rupees [16 to 24 cents], but now they will have to shell out some 200 rupees for the full pack, which will not be so easy," said Mr Mathew.

India announced last month that tobacco companies would have to stamp health warnings across 85% of the surface of cigarette packets from next year. 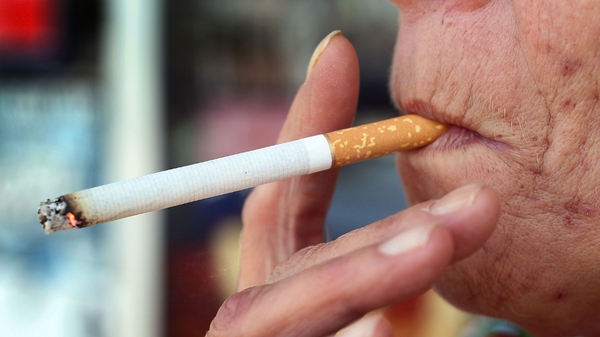