Four adults and two children were taken to hospital following a house fire in Dublin city centre this morning.

Those rescued included Charlene Murphy and Derek Healy, with their three-month-old daughter Mila.

Mila was dropped from an upstairs window to neighbour Mark Furlong, who caught the infant. 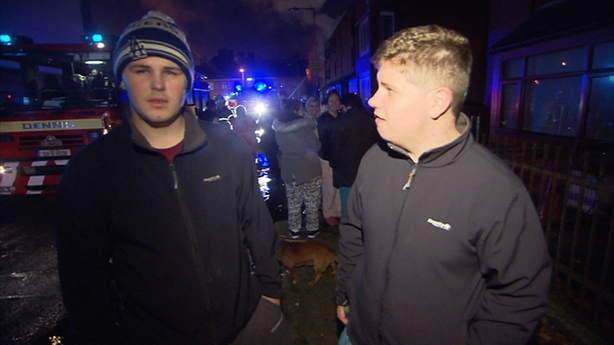 Dublin Fire Service received a call alerting them to the blaze in a house in Gloucester Place off Sean McDermott Street shortly after 5am.

Six units of the fire service and three ambulances attended the scene.

All six were suffering from the effects of smoke inhalation.

Some of them are also understood to have sustained other injuries.

An investigation is under way into the cause of the blaze.

Mark Furlong tells RTÉ cameraman Magnus Kelly how he caught a baby thrown from a burning building in Dublin. https://t.co/r5S4lmxgA0