Sex abuse survivor Louise O'Keeffe has been told by the Taoiseach that 135 fellow survivors who are suing the State will get an official response by Christmas.

Enda Kenny also told the Cork woman that the Government was considering appointing an official who survivors of day-school abuse could report to.

Following the meeting Ms O' Keeffe said it was the most positive vibe she had received from the Government to date.

The European Court of Human Rights earlier this year ruled that the State was liable for the sexual abuse Ms O' Keeffe suffered while a national school pupil at a school in west Cork.

In January, Enda Kenny apologised to Ms O'Keeffe for what had happened to her and for the horrendous experience that she had to go through.

The ruling meant that the State was liable to compensate Ms O'Keeffe, which raised the potential for others who were abused by State employees to receive similar compensation.

Ms O'Keeffe said the Government wrote to 135 people in 2009 telling them that their legal cases were not the same as hers, leading to most of these cases being dropped.

Ms O'Keeffe asked why, when she had won her case in the European Court of Human Rights, were they now suddenly different.

On  RTÉ's Drivetime this evening Ms O'Keeffe said she hoped that an announcement in relation to the other cases of State abuse would be made soon.

She said she hopes the Government is "willing to do a friendly settlement with all of those 135 people, that includes the 44 pending cases and that they will not continue to fight them through the courts and all the way to Europe, if necessary" she said.

Earlier on RTÉ's News at One, Ms O'Keeffe said the Government's position that each case had to be considered on its individual merits contradicted the stance it took when she lost her Supreme Court case.

She said it was a disgrace that nothing had been forthcoming from the State for survivors ten months on from that European judgement.

She said there were two points she wanted to raise at the meeting, including the cases of other people who were abused while in national school and those who had dropped their cases following the letters from the State after she lost her Supreme Court case. 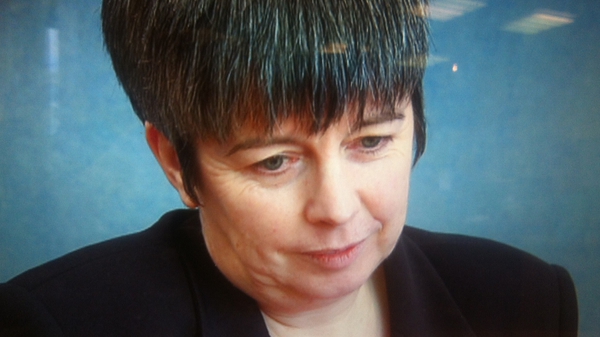