One of Pope Francis' most vocal critics, who was demoted last week from his leadership of the Vatican's Supreme Court, has said he would refuse Holy Communion to any Catholic legislator who voted for same-sex marriage.

Speaking before a Limerick conference on the Catholic family, Cardinal Raymond Burke declined to comment on the Government's planned referendum over gay and lesbian marriage.

However, he said he would refuse Communion to pro-gay marriage Catholic legislators in the same way he did in the case of pro-choice legislators in his native United States.

He also reiterated his call to the Pontiff, made during last month's Synod on the Family, to clarify "at this point" where the Catholic Church stands on homosexual relations and on giving Holy Communion to divorced and civilly remarried couples.

Cardinal Burke told RTÉ News there is growing confusion about what the Church really teaches and that the impression is being given that it is a democracy in which a second synod of bishops will vote on these matters next year.

Cardinal Burke, who is now the Cardinal Patron of the Order of Malta, said neither Catholic doctrine nor discipline is decided by the votes of bishops.

The conference in Limerick is being organised by "The Catholic Voice" newspaper and was attended by the Bishop of Limerick, Dr Brendan Leahy and the former MEP Dana Rosemary Scallon. 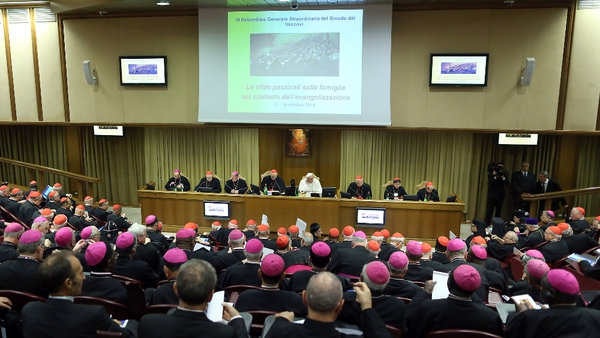