Internet giant Amazon has announced that it is to create 300 jobs at its Dublin offices over the next two years.

The company has been in Ireland since 2004 and already employs 1,400 staff between offices and data centres in Dublin and Cork.

It has invested €1.5bn in the local economy over the past decade.

The company said it is choosing to expand in Ireland because of the range of people with technical, language and customer service expertise.

All areas of Amazon's business are served by its Irish operations, including the retail website Amazon.com, the digital business including Kindle e-readers, and the Amazon Web Services cloud computing division.

The company is building two additional floors in its Dublin offices to accommodate the new staff.

Those new floors will bring the total space occupied by Amazon in the Dublin offices to more than 100,000sq.ft and give the company further room to expand.

The new space will not be ready until next year, but recruiting for the new positions begins immediately.

The investment is supported by the Department of Jobs through IDA Ireland.

The announcement was made at an event attended by Taoiseach Enda Kenny and Minister for Jobs, Enterprise and Innovation Richard Bruton. 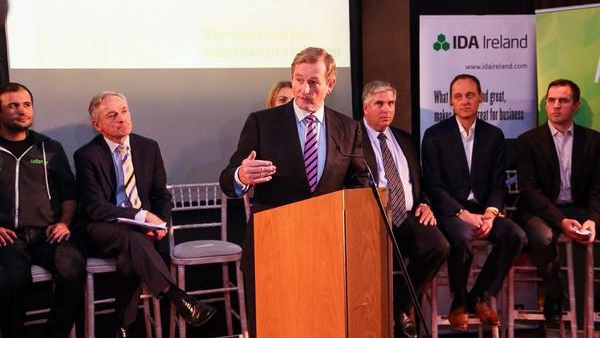