Northern Ireland's power-sharing executive has agreed a draft budget for next year with the DUP and Sinn Féin combining to vote it through.

The Northern Ireland finance minister Simon Hamilton of the DUP will make a statement to the Northern Assembly on Monday when the draft budget will be published.

“I hope the same level of leadership can now be shown by all parties in talks to resolve outstanding issues in the political process, including flags, parades and how to deal with the past,” Mr Adams said.

Earlier, Minister for Foreign Affairs Charlie Flanagan and the new US Envoy to Northern Ireland, retired Senator Gary Hart, were in Belfast for discussions about the peace process.

It is the first time the DUP leader agreed to meet a representative of the Government since talks about problems in the peace process began earlier this month.

For the past two weeks the DUP message has been that the Government must realise it has no role in the internal affairs of Northern Ireland.

While the arrival of US envoy Mr Hart has appeared to bring new focus to the talks, several weeks of difficult negotiations on deep-rooted problems lie ahead.

Had the power-sharing executive failed to agree a draft 2015/16 budget before the end of the week, the British government had warned ministers they would forfeit a £100 million emergency loan from the Treasury.

If the loan is not secured, the administration will probably bust its annual spending limit - a move that Northern Ireland Secretary Theresa Villiers has made clear will see civil servants taking over financial decisions next year.

Ministers from the mandatory coalition's five parties are due to discuss proposals circulated by Democratic Unionist Finance Minister Simon Hamilton which envisage hundreds of millions of pounds being removed from certain public services.

Not all departments will lose out under his plan, with the health service in particular poised for fresh investment in front line services.

Mr McGuinness said they had tried, as much as possible, to protect public services.

"The public need to understand where the financial pressures and difficulties are derived from at this time and Peter Robinson and I stand on common ground in regard to this," he added.

"Over the course of the last four years since this coalition was elected in London our block grant has effectively been stripped of resources which has dramatically affected the ability of our departments to deliver public services to our people.

"So, in the course of this negotiation that we have all been involved in, the primary objective is to ensure as little damage as possible to public services and the departments like the Department of Health and Department of Education; Department of Enterprise Trade and Investment and all of the other departments to provide the services that our people deserve."

Chancellor George Osborne set tomorrow's deadline to agree a draft budget for next year as a condition of allowing the Executive access to the £100 million loan from the National Reserve to help ease a £220 million funding crisis in the current financial year.

With the DUP and Sinn Féin holding the majority of seats in the Executive, Mr Hamilton's proposals will only be approved if the republican party back him. 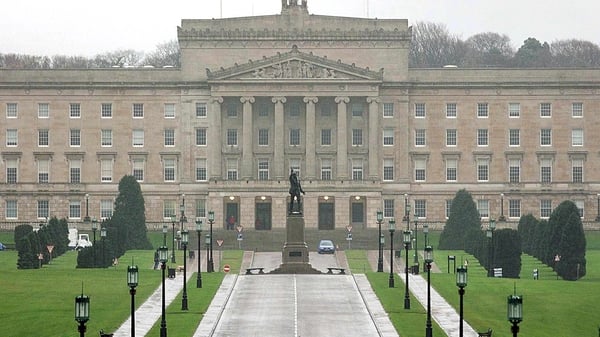