Primark, which trades as Penneys in Ireland, is to open its first stores in the United States following a deal with US department store Sears.

In a deal to raise cash for the American retailer which is under financial pressure, the Primark group will lease seven stores from Sears.

The first store is set to open in Philadelphia next year in one of the largest shopping centres in the US.

The financial details of the deal were not disclosed but Sears said that Primark will began operating in the seven locations along the Northeastern coast of the US in the next 12 to 18 months.

Primark is to take over the entire Sears store in the largest shopping centre on the east coast of America - the King of Prussia mall in Philadelphia.

There will also be a store at the Staten Island Mall in New York, which will open in 2016.

All seven stores will total more than 520,000 square feet of retail space.

The leasing deal was struck between Primark and Sears late yesterday.

Sears has been facing declining sales and a cash crunch for the last few years, and in 2010 struck a similar property deal with the Forever 21 fashion retailers.

Sears is looking to raise more cash and has also announced a rights offering to raise up to $625m.

There is some speculation that Sears Canada may do a similar leasing deal with Primark at a later date.

Primark has over 250 stores in eight countries in Europe.

There are 38 stores in Ireland, 161 in the UK, 35 in Spain, plus others in Austria, France, the Netherlands, Portugal and Germany. 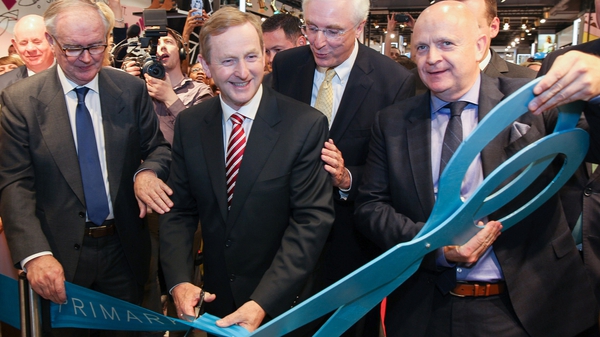