A man questioned in connection with a petrol bomb attack in Waterford in which three children were injured has had his period of detention extended.

The 23-year-old is being held at Waterford Garda Station and can now be detained overnight.

Roisin Halligan, 11, and her one-year-old cousin, Lexi Halligan, suffered burns and cuts after a petrol bomb was thrown into their grandmother's home in Ardmore Park, Ballybeg at around 9pm last night.

Their three-month-old cousin was treated for smoke inhalation, but has since been discharged from hospital.

Roisin underwent skin graft operations in hospital in Cork and is said to be responding well to the surgery.

Lexi remains in hospital, but does not require surgery.

The children were sitting on a sofa in the sitting room when the attack happened.

Roisin tried to protect her cousin when the petrol bomb exploded.

Their grandmother managed to put out the flames with a fire extinguisher.

Two other children were upstairs at the time of the attack. 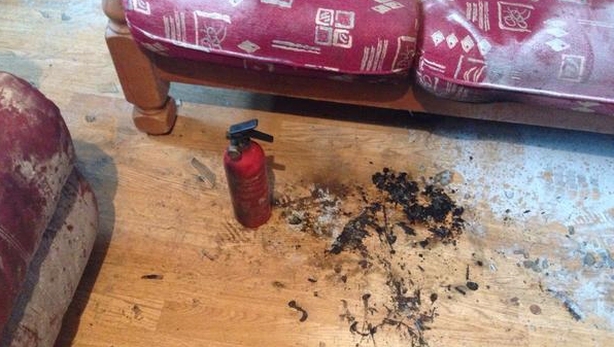