A report published by an Oireachtas committee has recommended significant changes to the way garda oversight is carried out.

Among the recommendations by the Joint Committee on Justice, Defence and Equality are a reduction in the membership of the Garda Síochána Ombudsman Commission (GSOC) from three to one.

The report also suggests that access to the garda PULSE system for members of the commission be granted on a statutory basis.

In addition, the committee recommends reform of mediation and complaints procedures that it says would allow resources allocated to GSOC to be used for “serious complaints”.

It suggests that Instead of setting up a garda inspectorate, the Government should establish a criminal justice inspectorate.

This inspectorate would oversee all aspects of the criminal justice system such as the courts, DPP, and probation services.

In its report, the committee also recommends that a separate intelligence division within the garda should be set up to manage sensitive information, and that consideration should be given to let people join the force at the rank of Superintendent. 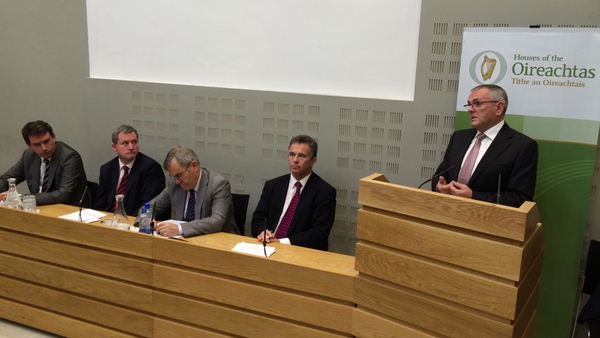