France has declared a state of natural disaster in about 60 southern towns hit by torrential downpours, which also left the Mediterranean city of Montpellier under water.

Floodwater streamed down roads and highways, engulfing cars as the Lez river burst its banks in the seaside capital of the Languedoc-Roussillon region after it was lashed by record-breaking downpours.

"In a few hours Montpellier had the equivalent of half a year's worth of rain," Meteo-France weather services said.

The 300mm of rain, which fell yesterday, broke all records, which date back to 1957.

More than 4,000 people spent the night in emergency centres and schools or stuck in train stations and airports, the local government said in a statement.

According to the municipality, emergency workers were called out more than 1,200 times, backed up by three helicopters.

"We will put in place natural disaster measures for about 60 towns," Interior Minister Bernard Cazeneuve told local media, adding he would head to the flood-hit region later today.

Rains were expected to ease and meteorologists downgraded the maximum red alert to orange.

No deaths have been reported from the latest round of storms to lash the Herault region, where four people died when a flash flood swept through their campsite ten days ago. 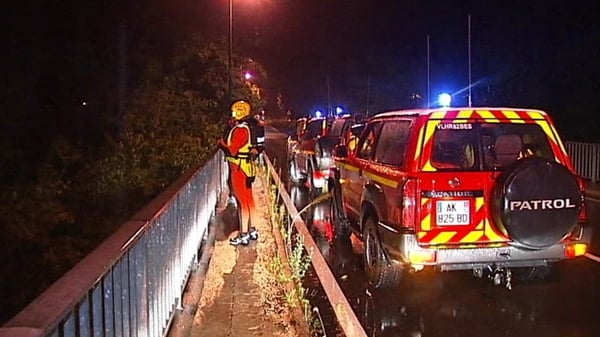