Gardaí are treating the shooting of two men in a central Dublin pub last night as attempted murder.

The men were playing pool in Oil Can Harry's on Lower Mount Street at around 10pm when two gunmen walked in and fired several shots at them.

They are being treated in hospital for gunshot wounds.

The gunmen were driven away by a third man in what gardaí believe was a dark-coloured hatchback car across the Grand Canal Bridge towards Ballsbridge.

The victims, who are from the south inner city, were taken to hospital but their injuries, while serious, are not thought to be life-threatening.

Gardaí at Pearse Street are appealing for witnesses or anyone with information to contact them.

The scene was sealed off as detectives worked to identify and contact all those who were in the pub last night. 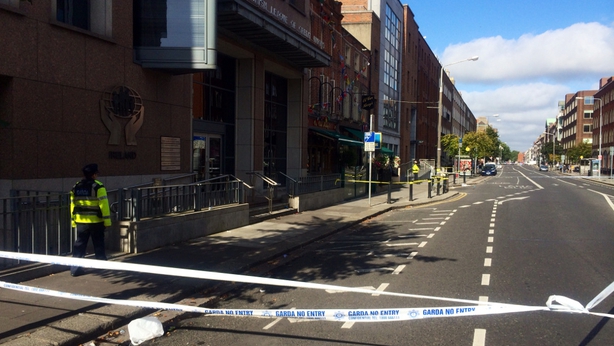 They are still trying to establish a motive for the shooting but one line of inquiry is that it could be linked to the activities of one of two feuding Crumlin-Drimnagh criminal gangs.