Laboratory tests on a man found dead in Donegal have proven negative for the Ebola virus.

The body of Dessie Quinn, 43, was found in a house yesterday morning.

He was originally from the Mountcharles area, outside of Donegal town, and had returned to Ireland in recent weeks after working in Sierra Leone where there is an Ebola virus outbreak.

It is understood Mr Quinn had been getting treatment for suspected malaria.

His body was removed to Letterkenny General Hospital for tests.

The Health Service Executive said infection procedures, which had been put in place at the hospital as a precautionary measure, will now be stepped down.

The company Mr Quinn worked for issued a statement this morning expressing its sympathies to his family.

KN Network Services said he was an extremely hard working and valued member of staff and will be missed by everyone who worked with him.

The company said it was liaising with his work colleagues from Sierra Leone.

It said it has had ongoing contact with the HSE and all its remaining staff in Sierra Leone were removed from the country last Saturday and were screened for Ebola on their departure.

There were no positive tests or signs of symptoms for the disease, a company spokesman said.

Mr Quinn's partner and five-year-old son live in Dublin and he was in Co Donegal visiting family and friends when he died.

A consultant at the Infectious Diseases Department of the Mater Hospital and member of the Emerging Viral Threats Group with the Department of Health has said there is no immediate risk to health workers who may come into contact with someone who may have Ebola.

Speaking on RTÉ's News at One Dr Gerard Sheehan said protocols are in place to quickly establish if someone presenting to a GP or hospital has Ebola.

He said one of the first steps is to confirm where the person has been. If that includes one of the four countries of concern plans are put into action.

Dr Sheehan said most of the infectious risk is at the later stages of the disease so there is very little risk to healthcare professionals that assess people who present at GPs or hospitals.

He said close personal contact is needed for transmission.

He said the virus is not transmitted in the air and so even if healthcare professionals were face-to-face with someone with Ebola, the likelihood of them contracting it is very low.

The priest who gave the last rites said his family did not know he was at the centre of an investigation into a suspected Ebola case.

Speaking on RTÉ's Today with Sean O'Rourke, Fr Adrian Gavigan said the first time the family became aware of the investigation was by learning of it via the media.

"And that was the first that they knew, basically the nation knew before the family knew that this was going to be investigated."

In a statement, the HSE insisted it maintained close contact with the Quinn family following Mr Quinn's death and only issued their statement yesterday on the back of media reports.

"The HSE was in contact with some family members from the outset of the tragic situation yesterday," a spokeswoman said.

"The story broke in the media just before 6pm yesterday at which point the HSE had to make a public statement on the matter, given the urgency and nature of a public health issue such as this.

"The HSE has expressed its sincere condolences to the family for their loss."

The executive also said it was important to note that it had at no point identified or named any individual and that this was done by media late last night.

Any comment made by the HSE sought to protect the confidentiality of the individual and their family.

The HSE statement did not say whether the deceased individual was male or female, or what part of Africa they had returned from.

Meanwhile, in a statement this evening the World Health Organistation has said that the fight against Ebola will take 'months'

Earlier, the WHO said the scale of the world's worst Ebola outbreak had been concealed by families hiding infected loved ones in their homes and the existence of "shadow zones" that medics cannot enter. 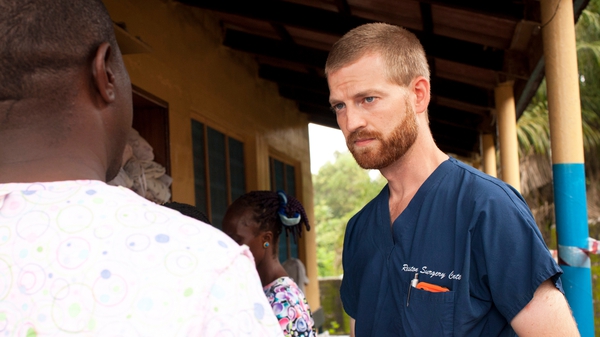