The economy is experiencing a burst of strong growth this year, according to the Economic and Social Research Institute.

In its latest forecast, the think-tank also said unemployment will dip below 10% next year.

The ESRI predicted the economy will grow by almost 3.5% this year.

It forecasted that next year growth will reach 3.8% in terms of Gross National Product, which strips out the effect of multinationals.

It is an upbeat assessment, but the ESRI said activity remains well below 2007 levels.

Despite a big increase in Dublin house prices, the organisation maintained there is no bubble.

It projected a fall in unemployment from 11.5% this year to less than 10% next year.

It means that while conditions are improving quickly, it will be some time before Ireland fully recovers from the crash.

Speaking on RTÉ's Morning Ireland, the ESRI's Kieran McQuinn said there were several signs of growth.

He said: "When you look at the economy generally, there's a broad number of indicators which suggest that the growth is quite strong. For instance, the export sector is still continuing to do very, very well.

"In particular, if you look at some of the tax returns ... the social insurance contributions released a while ago, they seem to be particularly strong. 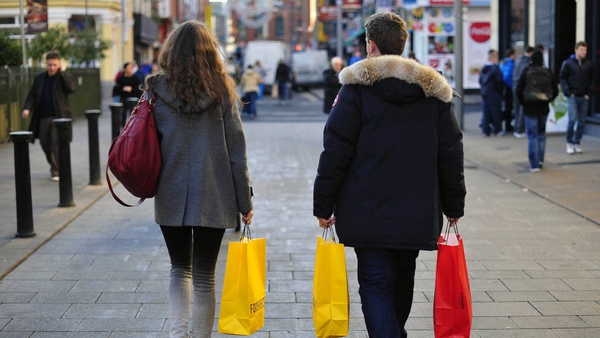