A 25-year-old Donegal man has pleaded guilty to dangerous driving causing the deaths of eight men in a car crash in Co Donegal four years ago.

Shaun Kelly of Hill Road, Ballymagan, Buncrana, had previously pleaded not guilty to the charges.

A jury of six women and six men had been sworn in at Letterkenny Circuit Court to hear the case.

The fatal crash happened at Meenaduff, between Buncrana and Clonmany, on 11 July 2010.

He asked that various reports, including a medical report, be prepared for the court in relation to Kelly.

The judge told members of some of the families of those who died in the crash that "something distressing but positive" has happened and he hoped that it had given them some closure in the case.

He suggested to the families that they produce a victim impact statement before the next court appearance.

The judge also suggested that they each nominate one person to give evidence at the next hearing should they so wish. 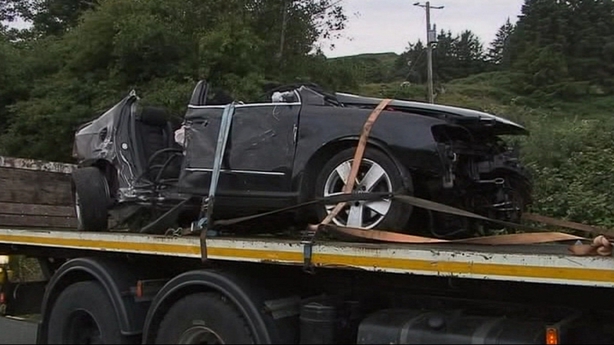