The temporary ban on swimming at Killiney Beach and White Rock in Dublin has been lifted following new test results on the quality of the bathing water.

The latest tests were carried out on Wednesday by Dún Laoghaire/Rathdown County Council.

The council said signs prohibiting swimming will be taken down and the blue flag will be put back up.

Test results of the water quality on Sandymount beach, where swimming was also prohibited this week, showed that the quality of the water was in compliance with regulations.

However, due to heavy rainfall this morning and emergency overflow facility in the local drainage network was activated.

Dublin City Council and the Health Service Executive have decided, as a precaution, to replace the temporary ban order on Sandymount beach with a Bathing Water Advisory Notice.

This does not prohibit people from swimming in the area, but recommends people avoid it until further tests are carried out.

Tests will be carried out this evening and the result will be known on Monday. 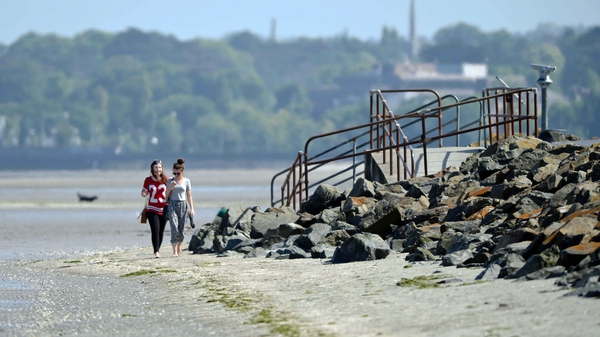