Talks between Taoiseach Enda Kenny and Tánaiste Joan Burton on their priorities in government and the Cabinet reshuffle will resume tomorrow morning.

It is understood that so far they have been concentrating on policy issues including jobs, health and social housing.

It is also understood they have been discussing how the Government has been working and what it can achieve during the rest of its term.

They have not discussed who is getting what in the Cabinet reshuffle and it is understood that there will not be a major restructuring of departments.

Earlier, Mr Kenny thanked Eamon Gilmore at the Cabinet meeting and he also collectively thanked the ministers for the work they had done.

There is increasing speculation that the reshuffle will take place tomorrow.

Much of this morning’s speculation focused on Richard Bruton's Department of Enterprise, Jobs and Innovation.

The Labour Party is keen on what is now seen as a good news ministry with the party's deputy leader, Alan Kelly, said to be interested in the post.

However, some Fine Gael sources are suggesting that the Taoiseach is resisting ceding the department regarded as crucial to the economic recovery.

Elsewhere, eyes are on whether Minister for Transport Leo Varadkar and Minister for Agriculture Simon Coveney will be moved.

With Enda Kenny predicting structural change in some departments at his parliamentary party last week, there is speculation that some departments such as Arts, Heritage and the Gaeltacht may be broken up.

Mr Kenny and Tánaiste Joan Burton held one-to-one discussions for several hours yesterday, but neither made any statement afterwards.

Minister for Finance Michael Noonan said that he expected a significant reshuffle and that it would be completed by tomorrow.

Arriving for the meeting this morning, Minister for Public Expenditure and Reform Brendan Howlin said the Tánaiste had engaged in long discussions with the Taoiseach on the reshuffle.

He said there were two elements to the talks: the discussion of a new priority platform for the remaining months of this Government, and what he called "the social side".

He said the Government had largely addressed the broken economy but the next phase was to talk about the social side of it.

Mr Howlin said he did not know if he would be remaining in his department, saying he would "work away" until someone told him he should not.

The Labour minister added that all members of Cabinet could be very proud of their hard work. 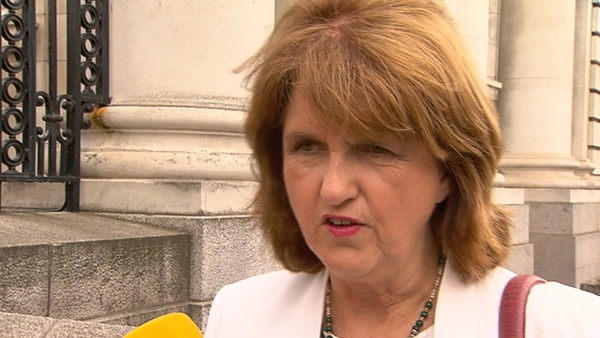