Today's figures show that the country's Gross Domestic Product grew by 0.2% last year. An earlier estimate from the CSO had indicated the economy had contracted by 0.3%.

In the first three months of this year, the CSO said that the economy, as measured by GDP, also grew strongly by 2.7%.

The new figures take account of spending on research and development and illegal activities for the first time.

However, the addition of the figures do not alter the rate of growth because the CSO has revised the statistics for economic growth in previous years as well.

The CSO said the increase in GDP in the first three months of the year was driven by a 1.8% increase in exports.

But the domestic economy remained subdued, with personal consumption falling 0.1% in the first quarter compared with the previous three months.

Mr Noonan wants to reduce the planned €2 billion of tax hikes and spending cuts in October's Budget. He has said he will have room to do so if tax figures and economic data are sufficiently positive.

The GDP revision turned out to be bigger than Mr Noonan and analysts had expected.

Economists polled by Reuters see the economy growing by 2.3% this year, more than the 2.1% expansion the Government has pencilled in for the year.

Today's GDP data followed Exchequer figures yesterday which showed that the country's tax take remained above target at the end of June.

Merrion economist Alan McQuaid said today's latest figures from the CSO are very positive, and suggest the Government’s 2.1% official growth target for 2014 will be easily beaten.

"An increase of 3% plus looks on the cards which should significantly ease the burden on the level of fiscal austerity required in the October Budget, especially as sizeable upward revisions to nominal GDP have reduced Ireland’s Debt/GDP ratio figures," the economist added.

And Austin Hughes, the chief economist at KBC Bank Ireland, said today's economic growth data are encouraging in a number of respects.

The economist said that firstly, they suggest the Irish economy is now set on a stronger growth trajectory than previous national accounts data had implied. This makes them more consistent with other activity indicators.

Secondly, he said that changes in international standards for measuring economic activity mean the size of the Irish economy is larger than indicated by previous estimates. As a result, the ratios of the Government’s budget deficit to and public debt to GDP are somewhat lower.

Mr Hughes said that while it is still fairly early in the year to make definitive judgements given considerable volatility in both growth and public finances data but, on current trends, an adjustment of €1 billion should be sufficient in the October budget to hit government's deficit target.

Surplus of €960m in Balance of Payments current account

Total service imports at €23.5 billion increased by €1.944 billion due to a rise in imports of royalties/licences, business services and financial services along with a decrease in insurance services. 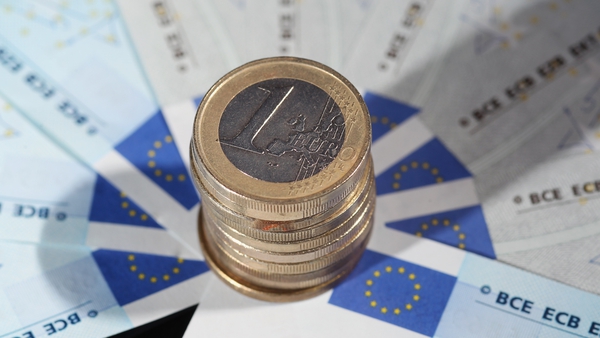