The Catholic Church must be less judgemental of homosexuals and, while still opposing gay marriage, should welcome children of gay couples into the faith with equal dignity, a Vatican document said.

The 75-page document, a working paper for the synod of bishops planned for October to discuss family issues, also said the Church should become less exclusive and more humble.

The document, known by its Latin term "Instrumentum Laboris", underscored the wide gap between official Church teachings on issues of sexual morality and their acceptance and understanding by the worldwide faithful.

It was based on responses to a 39-question survey to dioceses around the world ahead of the synod.

For the first time in preparation for such a meeting, the Vatican asked bishops to share the survey widely with parish priests and for them to seek the views of their parishioners.

The Church's traditional position on homosexuality has led to some cases of the children of gay people being excluded from Church activities.

The new document did not signal any immediate change in the Church's condemnation of homosexual acts and its opposition to gay marriage and to the adoption of children by gay people.

But it used language that was remarkably less judgemental and more compassionate than past Vatican statements.

It said that while bishops remained opposed to governments "redefining" marriage by permitting same-sex unions, the Church had to find a balance between its teachings on the traditional family "and a respectful, non-judgmental attitude towards people living in such unions."

That phrase echoed Pope Francis' now famous words about homosexuals made on the plane taking him back from Brazil last July: "If someone is gay and is searching for the Lord and has good will, then who am I to judge him?"

In the past, the Vatican has referred to homosexuality as "intrinsically disordered" and part of "an intrinsic moral evil".

The document noted that a number of Catholics who responded to the questionnaire felt "a certain unease at the challenge of accepting these people with a merciful spirit and, at the same time, holding to the moral teaching of the Church ..."

"However, when people living in such unions request a child's baptism, almost all the responses emphasise that the child must be received with the same care, tenderness and concern which is given to other children," it said.

While Vatican officials have stressed that Church teachings against homosexual activity would not change under pressure of public opinion, the document said "many responses" called for "theological study in dialogue with the human sciences to develop a multi-faceted look at the phenomenon of homosexuality".

The document acknowledged that many Catholics had a shallow understanding of the teachings of their Church on issues such as birth control, homosexuality, divorce, remarriage, cohabitation and other issues related to the family.

Many of the respondents saw their Church as too exclusive, distant and in need of more humility.

"A conspicuously lavish lifestyle by some of the clergy shows an inconsistency between their teaching and their conduct. Some lay faithful live and practise their faith in a 'showy manner,' failing to display the truth and humility required by the gospel spirit," the document said.

It said Catholics from around the world who responded to the questions expressed concern that the sexual abuse of children by priests had "significantly" weakened the Church's moral credibility, particularly in the United States and Europe.

The bishops will discuss the paper in October and could make recommendations on changes to Church teachings, on which the Pope would decide. 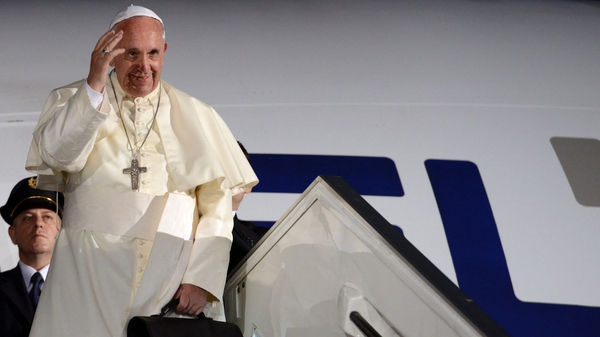