Severe changes in climate caused by global warming could cost the EU a minimum of €190bn and lead to 200,000 heat-related deaths in the region each year by 2080, according to new research.

The EU's in-house science service, the Joint Research Centre, published the research at the Euroscience Open Forum in Copenhagen this morning.

The study is based on an analysis of the impact of climate change on nine different economic sectors.

It also found the number of people in the EU effected by droughts could increase seven-fold and coastal damage caused by sea-level rise could more than triple.

It also claims the cost of river floods could exceed €10bn and 8,000sq.km of forest could burn in southern Europe.

The predictions are based on a worst-case scenario 3.5C increase in global temperatures and the impact that would have on the current population and economic landscape.

It assumes no action is taken to mitigate the impact of global warming on climate change.

The biggest cost of such warming would be on the health sector, with premature deaths likely to cost the EU economy €120bn over the period.

The impact on coastal infrastructure would cost €42bn and on agriculture €18bn.

The impacts would be geographically unbalanced across the region, with southern and central Europe suffering 70% of the economic cost.

Ireland and the UK would bear 5% of the financial hit, while northern central Europe would suffer a quarter of the burden.

However, the study also highlights how some economic effects will cross borders.

For example, damage to agriculture in one region could spill over into the European economy as a whole.

A second scenario, which assumes a strong greenhouse reduction policy, found the economic impact of climate change would be reduced by a third.

Under such a scenario, where global temperature increases are kept below 2C, the annual number of heat-related deaths would fall by 23,000.

Future population and economic growth projections, if taken into account, would also multiply the effects.

However, the study also says variables such as the benefits associated with lower EU energy imports and lower air pollution could have a positive impact on the predictions. 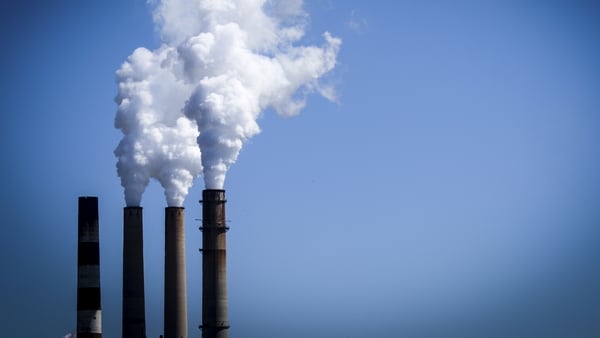