A murder investigation is under way in Athlone following the death of a man whose body was recovered from the River Shannon last night.

Three men have been arrested in connection with the death and are being held at Athlone and Mullingar Garda Stations.

The body of the 23-year-old man was discovered partially submerged in the River Shannon in an area known as Bogginfin at around 8.25pm yesterday.

The area has been sealed-off for a full garda technical examination.

A post-mortem examination is due to be carried out on the body of the 23-year-old at University Hospital Galway later today. 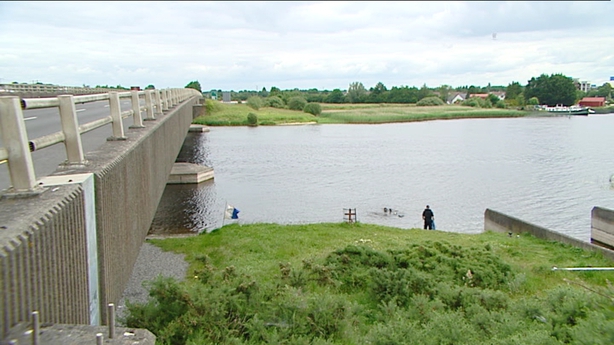 Gardaí are also investigating a second serious assault that took place in the town last night.

It's understood the second man who was assaulted is receiving treatment at hospital in Ballinasloe.

Superintendent Noreen Hegarty says gardaí also want to speak to witnesses who saw a black BMW car that was involved in an incident when a man was forced into the back of the vehicle in the Lloyds Lane - Strand area of the town between 8pm and 9pm.

Gardaí are also looking for witnesses who may have seen anything suspicious in the Bogginfin area between 6pm and 8pm.

Gardaí have appealed for witnesses or to anyone who can assist with the investigation to contact Athlone Garda Station on 090 6498550, the Garda Confidential Telephone Line 1800 666 111 or any garda station.