A controversial Orange Order march, which was banned from parading past a nationalist area in north Belfast this morning, has passed off without incident.

The parade was banned from passing an interface at Ardoyne by Northern Ireland's Parades Commission because of the risk of violence breaking out.

Police blocked the road at Twaddell Avenue near the interface to stop the march proceeding any further.

The Orange Order members and several loyalist bands paraded to the police lines and then dispersed after playing several hymns.

The Orange Order said it was trying to complete a parade that began on 12 July last year.

When it was stopped then by the PSNI, serious rioting broke out involving the Orangemen and their supporters, and the police.

Since 12 July last year loyalist protesters have been manning a protest camp close to the Ardoyne shops. 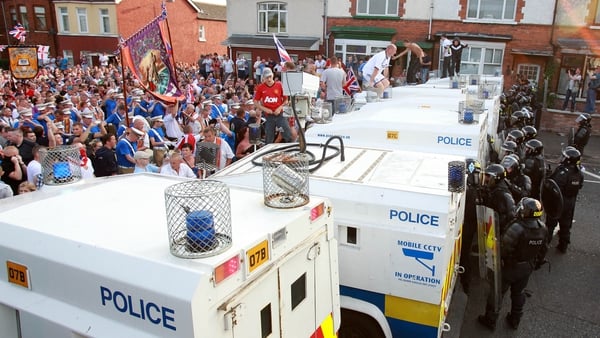