Clashes broke out between sword-wielding Sikhs at the Golden Temple in northern India on the 30th anniversary of a notorious army raid in which hundreds of people were killed.

Up to 12 people were reportedly wounded in the violence at the temple in the city of Amritsar, which is the holiest shrine in the Sikh religion.

Hundreds of Sikhs had gathered at the shrine to pay their respects to those killed in the 6 June 1984 raid of the temple by Indian troops aimed at flushing out armed separatists demanding an independent Sikh homeland.

"Today we were supposed to have a solemn remembrance for the martyrs of 1984 so what has happened is very sad," said a spokesman for a radical Sikh outfit called the Shiromani Akali Dal (Amritsar).

Its supporters were involved in the clashes.

"The Temple has once again been dishonoured today," Prem Singh Chandumajra told reporters. 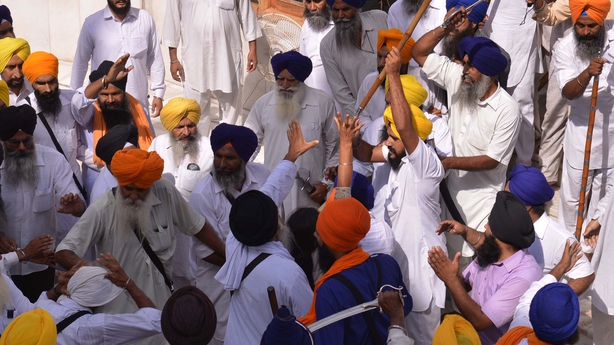 Television footage showed two groups of Sikhs wearing blue and saffron turbans chasing each other with swords on the marbled staircase of the revered shrine in Punjab state.

The clashes broke out after members of Shiromani Akali Dal (Amritsar) insisted they be allowed to speak on the microphone first.

The NDTV network put the number of injured at 12, adding that the situation had soon been brought under control when extra security was deployed inside the temple.

At least 400 people were killed in the army's infamous Operation Blue Star.

The army's operation enraged Sikhs who accused the troops of desecrating the faith's holiest shrine.

India's prime minister Indira Gandhi was shot dead by her own Sikh bodyguards in October 1984 in revenge for the operation.

Her assassination triggered mass anti-Sikh riots in which 3,000 people were killed, many of them on the streets of New Delhi.

Yesterday, supporters of several radical groups carried out a 'Genocide Remembrance Parade' around the streets of Amritsar, shouting slogans to hail the "martyrs" of 1984.

Despite the outrage over the Golden Temple raid, support for an independent "Khalistan", or the land of the pure, has waned in the last three decades.

However, support for the independence movement remains strong among sections of the Sikh diaspora in Britain, Canada and the United States. 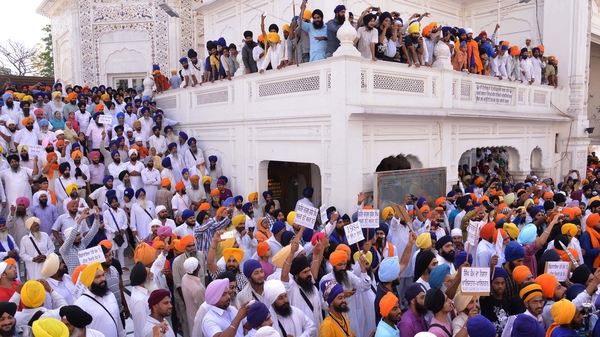