Aer Lingus has claimed that cabin crew due to hold a one-day strike on Friday 30 May are seeking an additional 32 paid days off a year.

Cabin crew union IMPACT has served notice of industrial action in a row over rosters, which it says place excessive demands on staff.

It says it is seeking the same roster arrangements that have been granted to pilots.

Aer Lingus says that if the strike goes ahead, it will disrupt 204 flights and the travel plans of 28,000 customers on the Friday leading into the June bank holiday weekend.

The airline says it would normally expect to carry in excess of 40,000 passengers on that day, but it has already had to stop taking additional bookings because of the threatened industrial action.

Aer Lingus Chief Executive Christoph Mueller has told his workforce that no other Irish company has experienced so much disruption to bookings due to labour disputes.

He told staff that over five years, Aer Lingus has moved from near bankruptcy after the financial crisis to becoming a profitable company and sharing gains with their employees.

However, he stated that over the same five-year period no other Irish company has conducted so many ballots, issued so many earnings of industrial action, or had so many booking disruptions because of labour disputes, played out in public.

He said that through this "over-worn" cycle, they constantly bite the hands that feed them - the hands of their customers.

He describes the threatened strike as completely unnecessary, and says they must resolve their disputes in a better way.

Passengers are advised to check the www.aerlingus.com website for details of changes to flights.

The company described the cabin crew demands for roster changes as outrageous, saying they would result in an additional 32 paid days off for cabin crew each year.

Management defended the current rosters and terms of employment, which include between 26 and 31 days of annual leave.

The company described union claims that staff were working up to 16 hours a day, or 60 hours a week, as "extremely misleading".

It said a detailed analysis of actual Aer Lingus rosters over the past 12 months showed that the average working week for cabin crew was 30 hours, and that less than 0.5% of cabin crew worked more than 50 hours in a seven-day period.

It said the longest planned working day in the roster was 13 hours, involving the Dublin-San Francisco route.

It also rejected union allegations that crew were required to work six days on, one day off and six days on again.

Aer Lingus Director of Communications Declan Kearney said the strike threat was extremely damaging for customers and the airline.

He said Aer Lingus was doing everything it could to minimise the impact on customers, including hiring in extra aircraft and crews.

Meanwhile, Chambers Ireland has said significant damage has already been done regardless of whether the strike goes ahead, and that it was seriously detrimental to Ireland's reputation as a tourist destination. 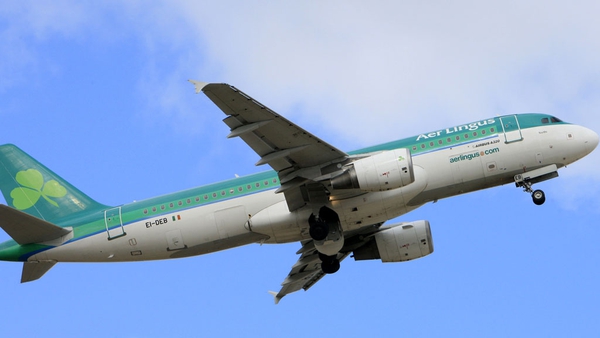