The Garda Inspectorate has told an Oireachtas Committee that training within the gardaí has ground to a halt and this would come back to haunt the force.

The committee is hearing submissions today from 11 human rights, garda oversight and representative bodies on the effectiveness of legislation and the work of An Garda Síochána.

The Association of Garda Sergeants and Inspectors also complained about the lack of ongoing training for gardaí.

Chief inspector Robert Olsen told the committee that continuous professional development within the gardaí had ground to a halt.

He said he has met detectives who have never been trained and he said that this will come back to haunt the force.

Earlier, the committee was told that there should be no political involvement in the appointment of senior garda officers.

Amnesty and the Irish Council for Civil Liberties said ministers should not be appointing assistant commissioners or the garda commissioner, and that the current structure of political promotion needs to be looked at as a matter of urgency.

The Garda Síochána Ombudsman Commission told TDs and senators that it is now receiving a better level of service from gardaí and that it will now have unfettered access to PULSE for its investigations.

GSOC Chairman Simon O'Brien said the Garda Commissioner should be subject to oversight and to GSOC investigations, as chief police officers are in other jurisdictions internationally.

Speaking on RTÉ's News at One, Mr O'Brien said GSOC recognised that the garda commissioner had different powers in relation to State security, and the command and control of their force.

The committee also heard that the policing and intelligence services in An Garda Síochána should be separated.

John Devitt said the intelligence service should be focused on preventing crime, not scrutinising members of the media or the Oireachtas.

The Irish Traveller Movement told the committee that more than half of Travellers were not satisfied with gardaí and there is a very high level of mistrust between the two.

Brigid Quilligan said allegations of race profiling and Traveller children being placed on the PULSE system does huge damage to the relationship.

Earlier, committee chairman David Stanton said it is unlikely the Secretary General of the Department of Justice will be questioned about the resignation of former garda commissioner Martin Callinan.

Speaking on RTÉ's Today with Sean O'Rourke, Mr Stanton said some committee members felt that they should allow the commission chaired by Justice Nial Fennelly to deal with the issue.

He said Secretary General Brian Purcell was reluctant to answer questions on the matter, as he was concerned that it might prejudice the work of the commission.

Mr Stanton said a final decision on the matter would be made on Thursday.

He said Mr Purcell will be questioned about the administration of the Department of Justice and how paperwork was and is being managed.

The Fine Gael TD said he expected Mr Purcell will be asked about how he and his colleagues responded to the claims of garda whistleblower Sergeant Maurice McCabe.

Mr Stanton said failure to deliver the letter from the garda commissioner to then minister for justice Alan Shatter in regard to concerns about the Ian Bailey case will probably come up in questioning as well.

Mr Purcell has agreed to appear before the committee but he has written to the committee requesting that members refrain from asking him any questions about Mr Callinan's departure.

In a letter to the clerk of the committee, Mr Purcell claims any questions related to the departure of former commissioner Callinan could "potentially trench" on the work of the Fennelly Commission.

Mr Purcell said it may well be perceived that the work of the Fennelly Commission would be undermined if questions were asked that are the subject matter of the commission.

The committee has asked Mr Purcell to appear before it tomorrow, but Mr Purcell has requested that his appearance be put back for a week or two.

Committee members want to discuss the fallout from the Guerin Report, administration issues in the department and Mr Callinan's resignation.

Mr Stanton said the committee would be looking at the Government's decision to set up a new garda authority, at the powers of GSOC, the role of the Garda Inspectorate, as well as the interaction between the Garda Commissioner, the Minister for Justice and the Department and the Oireachtas.

Mr Stanton said the committee will be giving a report to Minister for Justice Frances Fitzgerald on best practice as it sees it. 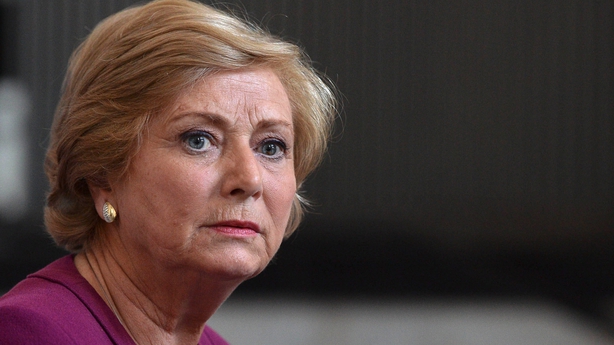 The report would be with Ms Fitzgerald before the summer recess, he added.

Yesterday, the Government announced a review of the performance of the Department of Justice following adverse findings in the Guerin Report last week.

The report was critical of how allegations made by Mr McCabe were handled by gardaí, Mr Shatter and the Department of Justice.

Elsewhere, the Taoiseach said he expects that the Government will come back with proposals for the establishment of the garda authority before the summer recess.

He told the Dáil that it is a tight deadline to have it done by the end of the year.

Mr Kenny said there will be a two-hour debate tomorrow on the Guerin Report and TDs will return to the debate in two weeks.

A medical doctor has outlined to the committee a number of alleged garda abuses of people in custody.

The doctor alleged this took place in Limerick 11 years ago.

He also alleged that a 17-year-old with special needs was arrested, stripped and whipped with a belt.

The doctor claimed to have statements and photographs of alleged beatings in custody.

The chairman of the committee accepted that the allegations were disturbing, but told the doctor that the committee's focus was on the 2005 Garda Act.

Dr O'Flaherty said all patients detained by gardaí should be entitled to their own doctor of choice and there should be a protocol for vulnerable people in custody.

He also pointed out that gardaí are not trained to dispense medication such as methadone or use defibrillators. 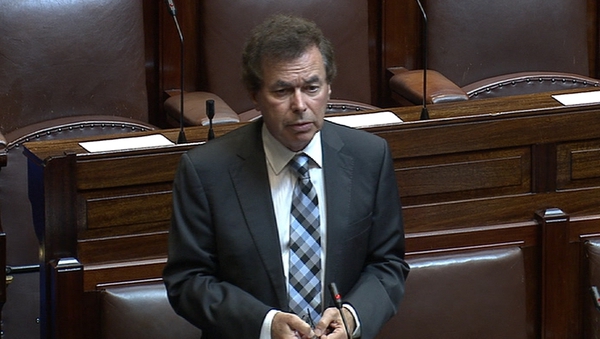