UK fashion company Karen Millen has won its latest round in a legal battle with Dunnes Stores over copying items of clothing.

The Supreme Court dismissed some complaints raised by the Irish retail giant, but a European Court of Justice decision is pending on a number of key issues raised during the appeal.

Karen Millen released a bow-tie sweater and a shirt in December 2005.

The following year, Dunnes put similar items on sale in the Savida range.

The High Court ruled against Dunnes Stores agreeing that Karen Millen's rights had been infringed.

Dunnes Stores then appealed the High Court's decision to the Supreme Court but the full judgment is on hold until the ECJ decision is given.

The case centres on the interpretation of the 2002 regulation relating to the protection of fashion designs.

It is believed the outcome could have implications for all High Street retail chains.

This is in respect of the admissibility of evidence on the impact of a design on witnesses called to give evidence in the High Court case on questions of novelty and individual character.

During the High Court proceedings there was no dispute over whether the three designs had been copied.

The issue was whether Karen Millen was entitled to any unregistered design rights in relation to the items.

It was disputed that the designs had the requisite individual character.

Karen Millen called on designer Helen McAlinden to give evidence.

She said that no similar or identical garments had been on the market before Karen Millen produced the items.

A Dolce and Gabbana faux shrug and a Paul Smith shirt were used to portray that the Karen Millen items were not individual within the meaning of the regulation.

Dunnes Stores argued that Ms McAlinden's evidence be struck out claiming she was overqualified to be an "informed user".

Today the Supreme Court ruled that the High Court judge was right in the approach that was taken. 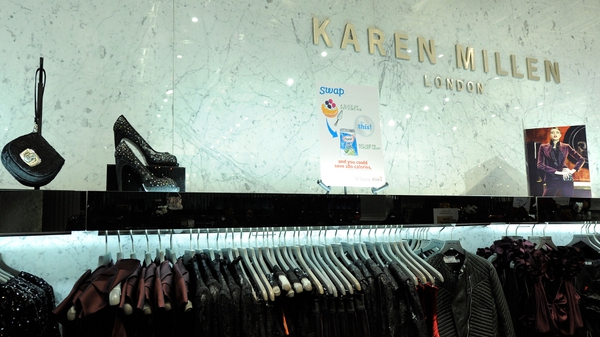