A man has been arrested after the gates of Trinity College Dublin were damaged when a car crashed through them this morning.

The car drove through the front gate following a cleaning van that was entering the college, according to a statement from Trinity.

Security staff from the college pursued the car, which was then driven back towards the front gate.

The car rammed the gates, which had been closed by security, a number of times before breaking through.

It was then driven up Dawson Street where a number of other cars were damaged.

The car was stopped by gardaí and a 68-year-old man was arrested.

He is being held at Store Street Garda Station. 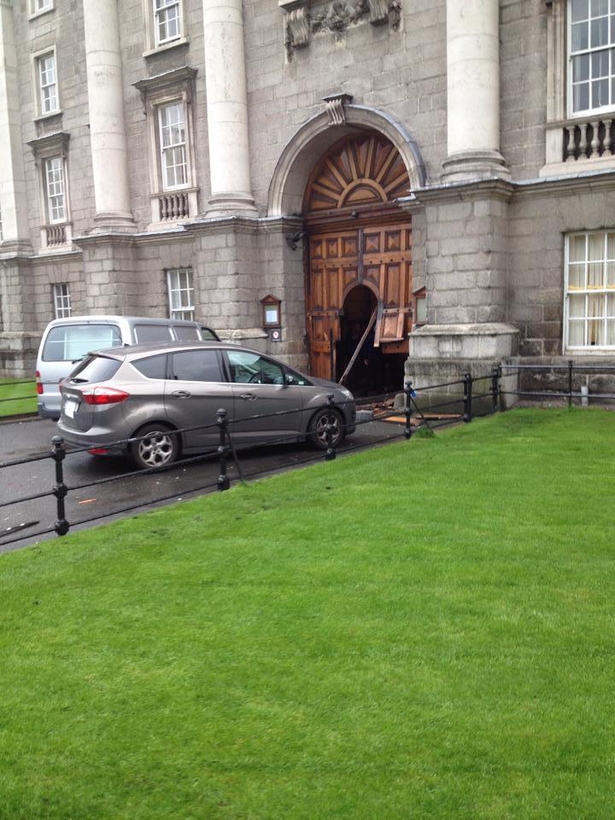