Four rockets launched from Gaza struck Israel today, despite an Egyptian-brokered ceasefire after the most intense cross-border violence since the 2012 war.

No one was hurt by the evening rocket salvo, the Israeli army said.

This afternoon, Islamic Jihad leader Khaled al-Batsh announced that the truce ending the eight-day war of November 2012 between Israel and Gaza militants would resume if the Israelis complied.

"Following intensive Egyptian contacts and efforts, the agreement for calm has been restored in accordance with understandings reached in 2012 in Cairo," he said on Facebook.

There was no public response from Israel, but a senior Defence Ministry official said earlier in the day he expected the fighting to die down soon.

The Israeli military said "seven terror sites" had been hit.

The two-day flare-up has been relatively free of casualties.

There was no claim in Gaza for the rockets launched after the ceasefire announcement, raising the possibility that a faction other than Islamic Jihad was responsible.

Israeli Prime Minister Benjamin Netanyahu has said Israel would "hit back with increasing force" against anyone who tried to ruin celebrations over the next few days of the Jewish holiday of Purim. 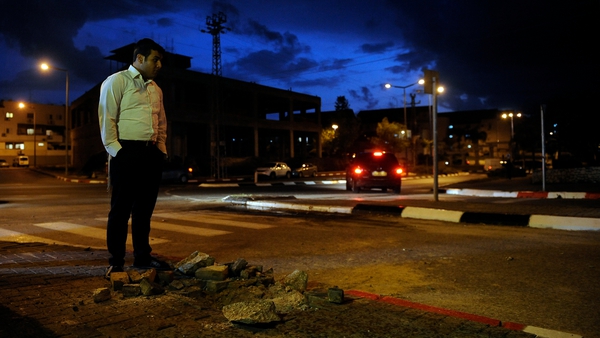 Israel strikes back after Gaza rockets