A suicide bomber detonated an explosives-rigged minibus at a crowded checkpoint south of Baghdad, killing at least 45
people.

The blast at the checkpoint at the northern entrance to the city of Hilla also wounded 157 people.

At least 50 cars were set ablaze with people trapped inside and part of the checkpoint complex was destroyed, a police officer said.

The scene of the attack was strewn with debris from the checkpoint, and the shells of burnt out cars littered the road.

No one claimed responsibility for the attack, but a local government official accused al-Qaeda of being behind the bombing.

The official said the local government had received tips that al-Qaeda-affiliates hiding in farmland north of Hilla were plotting a strike.

He said the violence was a spillover from fighting in neighbouring Anbar, where the Shia-led government has been battling the al-Qaeda faction the Islamic State of Iraq and the Levant (ISIL) around the cities of Ramadi and Fallujah.

In a separate incident, on the border of Anbar province and western Baghdad, a group of gunmen attacked an army check point in the Sunni area of Abu Ghraib, killing four soldiers, police and medical sources said.

In northern Iraq, three North Oil Company employees were killed  and seven wounded when gunmen in a car fired at a bus ferrying NOC employees near Tuz Khurmatu, close to the oil-rich province of Kirkuk.

ISIL militants and other armed groups linked to the fight in Anbar have been carrying out attacks in northern Iraq as they try to divert government troops from Anbar and exploit openings made by the concentration of security forces in the west.

At least 13 people, including four children, were killed in a series of attacks across Iraq yesterday.

The country has been hit by a year-long surge in violence that has reached levels not seen since 2008. 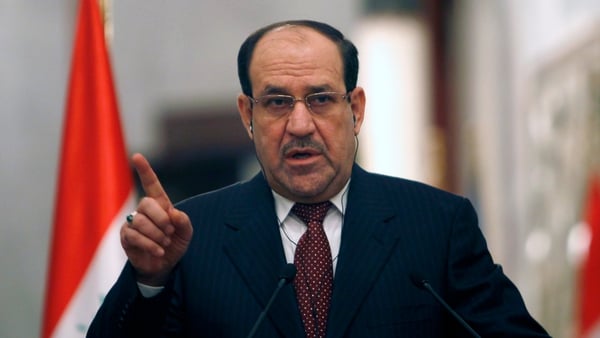