A company that provides specialist insurance services has confirmed its plan to close its call centre in Cork with the loss of 170 jobs.

Management at Assurant Services Ireland briefed staff on the plan at meetings this afternoon.

The company said the transfer of operations from Cork to a consolidated customer care centre at Crewe in Cheshire in England will take place over the coming months.

It said its Cork call centre will close by September.

Initial fears for the future of the company's Cork operation were raised in December when Assurant announced that it was conducting a review of its Irish operation.

Assurant Solutions is a Fortune 500 company that has 14,500 employees worldwide and assets of $29 billion.

The company has had a call centre in Cork since 1999 and staff there are involved in customer care and the management of claims relating to mobile phone insurance.

In October, Assurant Solutions completed the acquisition of mobile phone insurance provider, Lifestyle Services Group, which is based in Crewe.

Assurant then proposed to move its operations in Cork, as well as its European headquarters in Windsor, to Crewe.

The closure of Assurant's facility in Windsor will result in the loss of 34.

The company had told staff in Cork in December that the facility there may close.

In a statement this afternoon, Assurant said it is working with the IDA and with local employers to identify potential opportunities for staff members in Cork.

The company described the decision to close in Cork as tough, but said it was done to ensure its business could compete effectively. 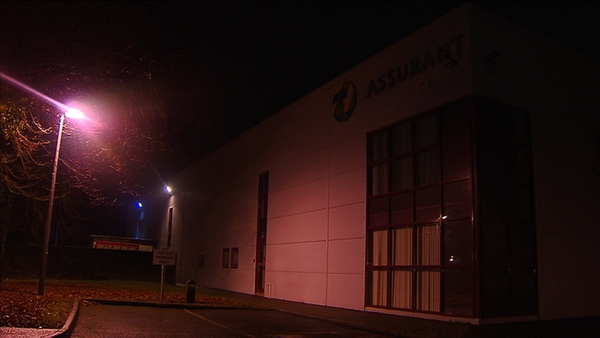