The presidents of France and the United States have issued a joint call for other nations to join them in seeking an "ambitious" agreement to curb climate change.

They called for support "in pursuit of an ambitious and inclusive global agreement" to reduce greenhouse gas emissions "through concrete actions" at a climate conference in Paris in 2015.

Cooperation on a host of global issues, including the Syrian crisis, Iran's nuclear program, and security in Africa, has resulted in France and the United States enjoying a "model" relationship, the presidents wrote.

The joint opinion piece comes as Mr Hollande travels to the United States tomorrow for a state visit.

"Rooted in a friendship stretching back more than two centuries, our deepening partnership offers a model for international cooperation," the presidents wrote.

"Transnational challenges cannot be met by any one nation alone. More nations must step forward and share the burden and costs of leadership."

Ties between the two countries have warmed considerably since chilling over France's refusal to support the 2003 US-led invasion of Iraq under president George W Bush.

"A decade ago, few would have imagined our countries working so closely together in so many ways. But in recent years our alliance has transformed," the presidents wrote.

The two countries "have been able to take our alliance to a new level because our interests and values are so closely aligned," they said.

Regarding climate change, even as the United States and France "reduce our own carbon emissions, we can expand the clean energy partnerships that create jobs and move us toward low-carbon growth. We can do more to help developing countries shift to low-carbon energy as well, and deal with rising seas and more intense storms," they wrote. 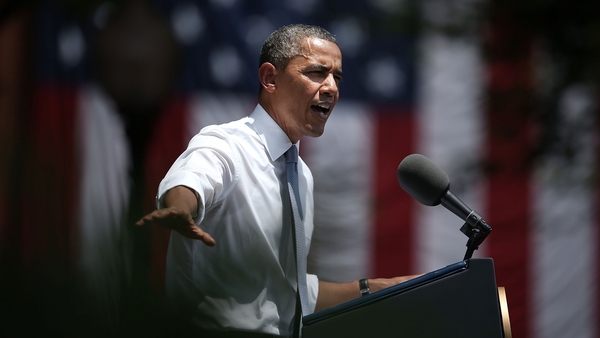