Twins born under a surrogacy arrangement have a Constitutional right to have the links to their genetic parents recognised and protected, the Supreme Court has heard.

Submissions are being made on the second day of an appeal by the State against a landmark High Court decision declaring the genetic mother of twins born to a surrogate as legal mother.

Lawyers for the family said the ultimate proof of parentage is the presence or absence of genetic links established through DNA testing.

Senior Counsel Gerard Durcan rejected the State's contention that it would lead to widespread legal difficulties for women who use donor eggs as most donations are made anonymously or by agreement.

However, he said the children at the centre of the case had a legal right to have the blood link to their genetic parents recognised and protected.

He said the children were allowed to be born and come into being under Irish law, which did not prohibit surrogacy.

"Part of that panoply of rights they have is the right to have respect and recognition to their link with their genetic parents, the people whose genetic material was fused and gave life to them.

"If you go through case law you will see a recognition of the importance of the protection of the blood link," he said.

He said it would be "a complete and fundamental failure to protect the natural and blood link between the twins and their genetic parents to refuse to recognise them as their natural parents".

He said such recognition would not lead to the floodgates opening and mass litigation in cases where donor eggs were used because a birth mother would have rights unless or until someone else sought a declaration of parentage.

In the vast majority of cases where donor eggs were used this was done on an anonymous basis, he said.

Yesterday the State claimed the High Court judgment would strip women who used donor eggs of their legal status as a mother.

The State claims the decision is radically wrong and reverses the meaning of motherhood.

Lawyers for the State say only the woman who gives birth can be the legal mother.

Mr Durcan also said the twins were being denied the right to be part of a constitutionally recognised family and it also affected their property and inheritance rights.

The absence of a legal relationship between the genetic mother and her children could have far reaching undesirable consequences where a genetically linked people could be entitled in law to marry each other.

Earlier, Mr Durcan said right across the common law world for the past 50 years the presumption of parentage disappeared once DNA tests became available.

He said the test in Irish law to establish parentage was a DNA test and genetics.

In the case of the genetic mother at the centre of this case, the presence of inheritable characteristics entitled her to a declaration of parentage, he said.

There is no distinction in law between establishing parentage for men and women, he added.

Under the Status of Children Act the right to apply for a declaration of parentage applies to mothers and fathers and is the right of all children, he said.

He said the act was the Oireachtas saying a mother was to be determined by genetic tests in the light of scientific developments.

The case came before the High Court last year when the mother of twins born to a surrogate sought a declaration from the High Court that she was the legal mother of the children and could be named on their birth certificates.

The woman was unable to carry a pregnancy but her sister agreed to carry embryos made by the woman and her husband at a fertility clinic.

Mr Justice Abbott ruled that maternity could be established on the basis of genetics and DNA, as it is for paternity and said the woman had the right to be recorded as the legal mother on the birth certificate. 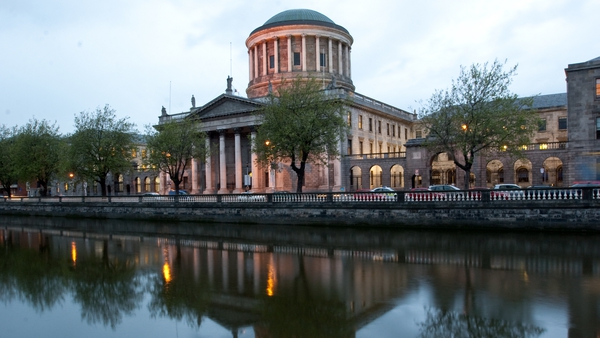