The European Union has set out new climate and energy goals for 2030, proposing less stringent targets than in the past.

The move is a reflection of tougher economic circumstances and a desire to limit rising energy costs.

The European Commission said EU member states should face a single binding target to cut their carbon emissions by 40% compared with 1990 levels.

That represents a doubling of ambition compared with an existing 2020 target to reduce emissions by a fifth.

However, it is below what some scientists and environmentalists say is needed to prevent the worst effects of climate change.

Current national targets designed to raise the share of renewable energy to 20% would not be renewed after 2020.

Instead, the commission is recommending a modest EU-wide goal of 27% renewables without hard and fast national targets.

That would allow Britain and others to meet their emissions targets, for example, by building more nuclear power plants, which are carbon-free but not renewable.

"What we are presenting today is both ambitious and affordable," Commission President José Manuel Barroso said.

Government subsidies designed to promote renewables have been blamed for pushing up energy costs.

Current national targets had not proved the most cost-effective option and ditching them would give governments more flexibility over how to meet main emission cutting goal, Mr Barroso said.

The policy outline is not expected to be followed by formal legislative proposals until early next year, and would still require lengthy debate by EU governments and the European Parliament to become law.

The one firm legislative proposal included in today's announcement was a scheme to prop up Europe's faltering carbon emissions trading market, with the aim of removing carbon permits from circulation to support prices.

Under the proposal, the commission would set aside up to 12% of carbon permits from 2021, as long as certain conditions are met.

Independent MEP Marian Harkin described the new policy as a "gamechanger" for Ireland.

Speaking on RTÉ's News at One, she said the Government's industrialised wind proposals and pylon proposals were driven largely by export potential.

However, she said the UK would now have much more flexibility in how it would meet its emissions reductions, and would not need to import a lot of Ireland's wind-power.

Ms Harkin said the cost of renewable energy was also a big issue for the commission.

Ms Harkin said renewables would continue to be an important contributor to the energy mix, but we needed to look at size and scale, cost and benefits.

She said Ireland needed to plan for a changed landscape, as it did not want another bubble.

He said the energy transmission network is being built in order to meet Ireland's domestic needs and targets and has nothing to do with export.

He said the project to export Ireland's energy will fall or rise based on intergovernmental agreements.

The minister criticised what he described as the muddle-headed conflation and confusion that is going on in the public debate. 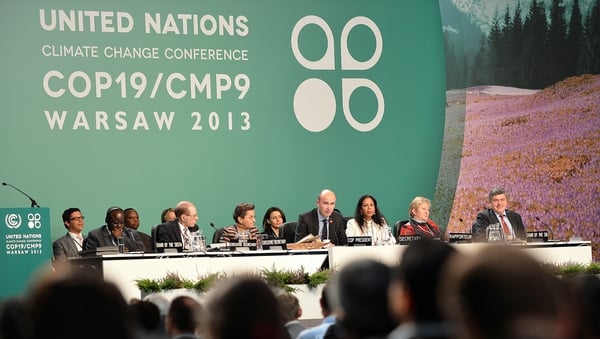